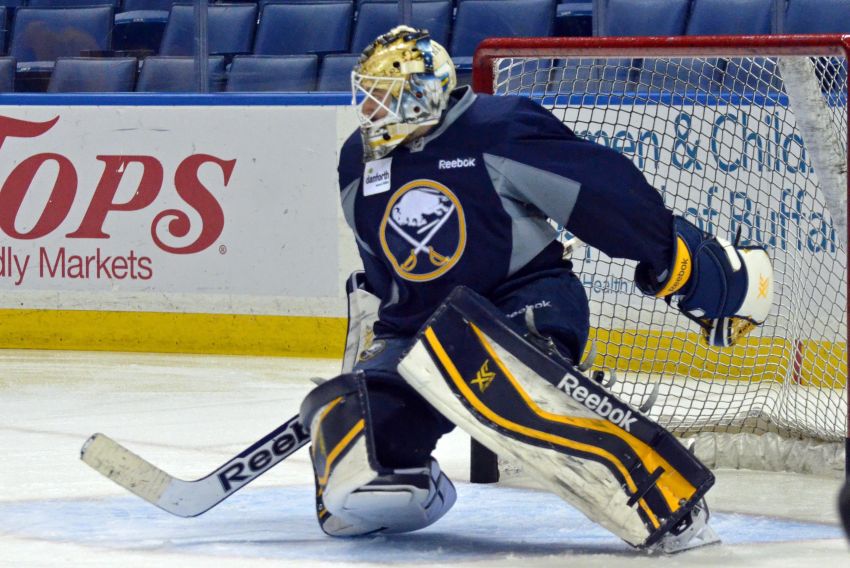 BUFFALO – Maybe, just maybe, this will be Jhonas Enroth’s night.

The Sabres have points in eight straight home games (6-0-2) entering tonight’s tilt against the Philadelphia Flyers. The backup goalie, a hard-luck loser all season, has been playing tremendously, posting a 1.97 goals-against average and .916 save percentage in his last four starts.

“He’s been unlucky,” Sabres center Ville Leino said this morning inside the First Niagara Center. “He’s been playing great all year. Certainly, guys are on his side here and want to give him a win here.”

Interim Sabres coach Ted Nolan added: “We have a lot of trust in both our goaltenders. Unfortunately for Jhonas, we haven’t scored too much for him. But he’s played some great games.”

Enroth made 34 saves in his last outing, a 2-1 shootout loss to Florida on Thursday.

The Sabres announced this morning a two-year deal with USA Hockey to hold the All-American Prospects Game in Buffalo.