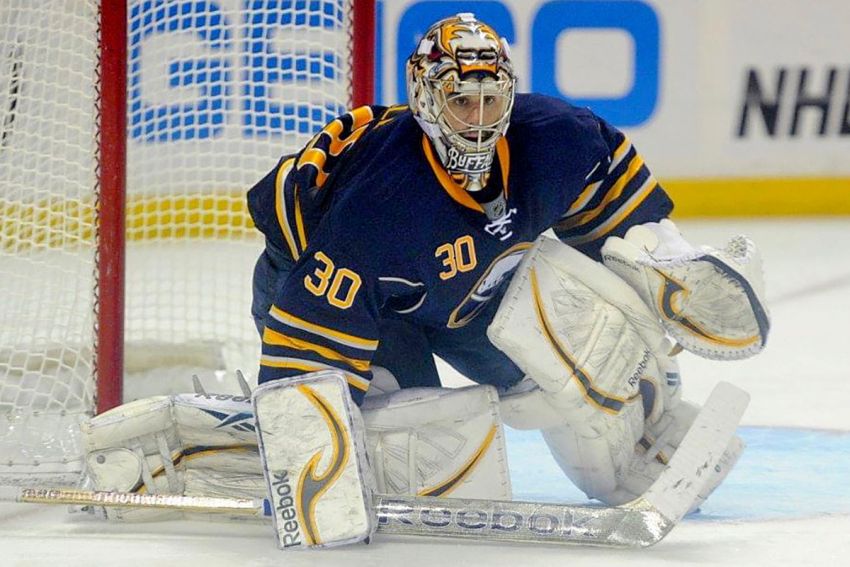 BUFFALO – Over the past year, the Sabres have thrived off the energy the raucous home crowd creates for special occasions. Think of Jack Eichel’s return and “RJ Night.”

Expect them to get a boost tonight against the New York Islanders after the Sabres retire legendary goalie Ryan Miller’s No. 30 and induct him into their Hall of Fame.

The ceremony, of course, promises to be very emotional.

“Our guys feed off of that type of energy and enthusiasm and the history, the feel of the history of the organization,” coach Don Granato said following the Sabres’ morning skate at KeyBank Center. “There’s no doubt in my mind it will be in the building tonight, as it was in the couple of celebrations for RJ last year. You felt that you were part of a historic franchise with lots of great memories, exciting times and incredible energy. That was felt by our players and myself personally.”

Sabres captain Kyle Okposo said “we understand the magnitude of this game for the fans.”

Granato said he sometimes puts less on the Sabres’ plate before games that have “a lot of hype.”

“This group has really done a nice job of that to the point where I’ve even adjusted a little bit on our side in preparation for these games, knowing that our guys feed off of that, those moments and that extra energy and passion that you even tweak a few things,” he said. You put a little less in front of them knowing that they’re going to have a little bit more going in.”

The Sabres made another paper move this morning, loaning rookie winger JJ Peterka to the Rochester Americans and recalling goalie Ukko-Pekka Luukkonen.

Luukkonen is expected to start tonight.

If winger Vinnie Hinostroza gets claimed on waivers this afternoon or assigned to the minors, the Sabres can to carry three goalies on the 23-man roster and stop making paper transactions.