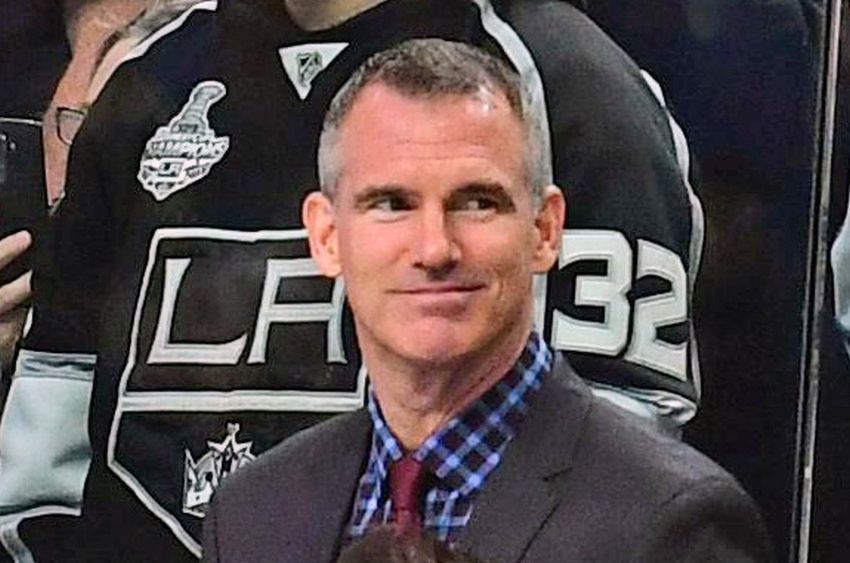 BUFFALO – For 19 seasons, as Pierre Turgeon moved around the NHL, piling up points in a prolific career that could someday land him in the Hall of Fame, everything revolved around him. So when the former Sabres center retired, he devoted himself to his family.

“When you play hockey, it’s all about your career, you’re moving,” Turgeon, a first-year assistant coach with the Los Angeles Kings, told the Times Herald on Friday. “Next thing you know, it’s done. You want to make sure you give back the time.”

Turgeon, who settled in Denver after he finished playing in 2007, concentrated on being a husband and a father, often coaching his children’s teams.

His son, Dominic, recently made his NHL debut with the Detroit Red Wings. His youngest daughter, Val, is a sophomore on the Harvard University hockey team. His oldest daughter, Alexandra, played volleyball at the University of Denver.

Alexandra’s twin, Elizabeth, had a scholarship offer to play hockey at the University of Minnesota when she died in a car accident in 2010.

“I was so thankful I was able to spend some of that time with her,” Turgeon said outside the visiting dressing room inside KeyBank Center.

When Turgeon’s children moved out, he and his wife, Elisabeth, started traveling.

All the while, Turgeon, 48, wasn’t thinking about returning to the NHL.

Then last year, Kings president Luc Robitaille called Turgeon out of the blue. The Hall of Famer wanted to offer Turgeon, a fellow member of the prestigious 500-goal club, a coaching job.

Last season, the Kings possessed the puck and pumped more shots on net than just about any team, yet they couldn’t score enough goals and missed the playoffs.

They wanted Turgeon to focus on the offensive aspect of the game – be an additional set of eyes, dissect scoring chances and work closely with the players.

Turgeon accepted the gig after spending a week with the Kings at a summer camp.

“Pierre is just going to give us his perspective away from the emotion of the bench,” Kings coach John Stevens said. “He tracks scoring chances for our team and gives some input really on all parts of the game, really trying to focus on some areas of the game offensively we can take advantage of, and then at the same time, (he has) an opportunity to work hands on with a lot of our young players.

“He really enjoys getting on the ice, working on things. That’s probably the thing he loves the most.”

“I look if I can bring something to the players individually, maybe bring to them what I would do, maybe how can we create?” he said.

Hours before Saturday afternoon’s 4-2 win against the Sabres, Turgeon was rehabbing injured players on the ice. At times, he showcased so much speed it looked like he could still play.

So far, the Kings have improved their scoring from 2.4 goals a game last season to 2.8 with Turgeon on staff.

Very quietly, Turgeon became one of the NHL’s most prolific scorers, compiling 515 (39th all time) goals and 1,327 points (37th) in 1,294 games. He joined the Sabres as a teenager in 1987, just months after they drafted him first overall.

“It was just fun,” said Turgeon of playing in Buffalo. “I loved the experience I had here.”

Turgeon, who was dealt to the New York Islanders in the blockbuster Pat LaFontaine trade in October 1991, sounded nostalgic rattling off names from his past.

“Having a chance of getting drafted by (general manager) Gerry Meehan and playing with – I’m going back – John Tucker, Phil Housley or Dave Andreychuk and learning the language,” said Turgeon, who scored 40 goals and 106 points in 1989-90. “I was only 18, too, and I was a guy that came into the league very young and I was learning a lot with these guys.

“I loved being here, Buffalo is a great city. I came from Rouyn-Noranda, which is north of Montreal. Then for me coming here, the weather was beautiful, I loved it, you know what I mean? It was awesome. So I love the hockey, it’s a great hockey town, it’s a great sports town.”