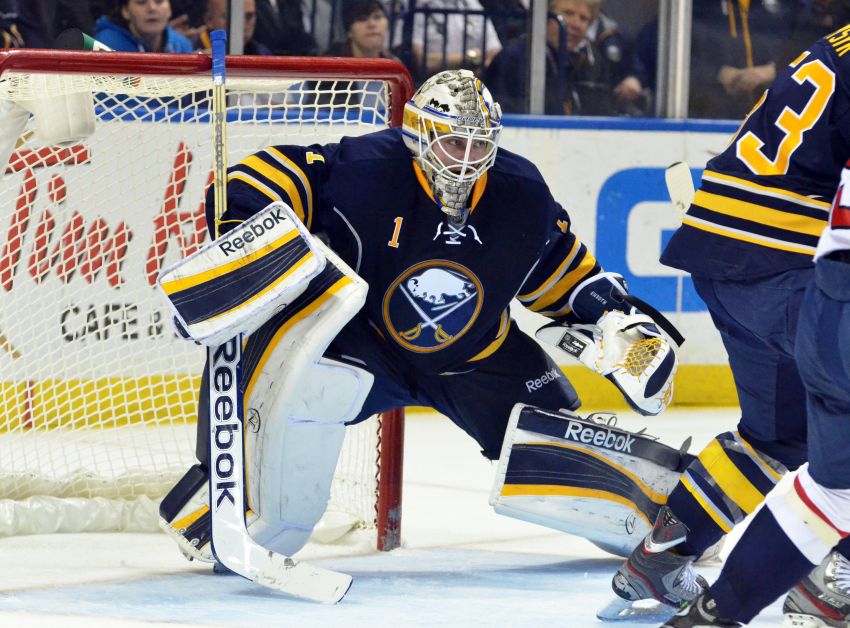 But what about the rest of the lineup?

Backup Jhonas Enroth, who stopped 35 shots in Saturday’s 4-3 shootout loss to Washington, has played four strong games under Rolston after struggling more than a year. The Swede deserved to win against the Capitals.

Could Rolston turn to him again? Or will he go back to Ryan Miller, whose next appearance will tie Dominik Hasek’s franchise record of 491 games by a netminder?

Miller spent a long time on the ice this morning inside the First Niagara Center taking shots from a couple of teammates, including Vanek.

“(Enroth) just has put four real solid starts together,” Rolston said this morning. “He’s feeling good in the net right now. That’s a big difference. That’s a swing in confidence I think we’re seeing in a lot of our players.”

Vanek, meanwhile, feels better than Saturday, although he’s “still not quite where I would like it to be. Just have to be patient, which is obviously a tough thing to do.”

He added: “I can’t really shoot the way I want, skate, cut. There’s no point.”

With defenseman Jordan Leopold dished to the St. Louis Blues on Saturday, the Sabres could summon a defender from Rochester, Rolston said. They have only six.

The Sabres, losers of three straight (0-1-2), have played the Bruins tough this season, winning two of three games.

Update: Winger Ville Leino, who said he had the wind knocked out of him Saturday and briefly left the game, is scratched tonight. Miller will start.