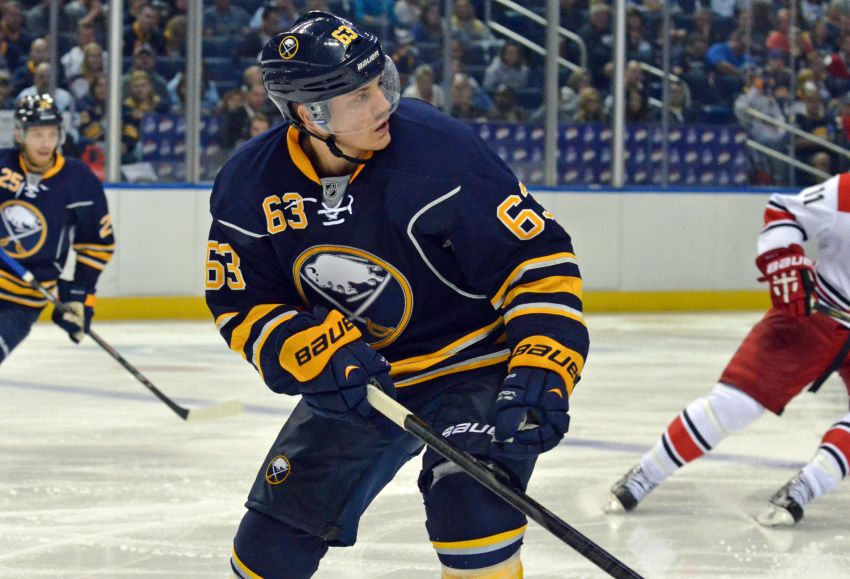 BUFFALO – On Friday, coach Ron Rolston said the Sabres “would look at all options” to find another center, even if it meant moving someone over from the wing.

Sure enough, Tyler Ennis was centering Marcus Foligno and Drew Stafford this morning as the Sabres prepared for tonight’s preseason contest against the Toronto Maple Leafs at the First Niagara Center.

Where does Rolston see Ennis winding up eventually, center or wing? The 23-year-old has played both positions extensively.

Tonight’s combination will be an old one. Ennis, Foligno and Stafford played together late in 2011-12, quickly becoming the NHL’s hottest line.

“I think just a good blend of speed and size and scoring and hard work,” Ennis said about why the line worked.

But they couldn’t recapture that elite form during some stints last season.

“Trying to reignite the flame, get the magic going,” Stafford said. “The first time we’ve played together all camp.”

Meanwhile, the Sabres will start Jhonas Enroth in net. Matt Hackett will back him up.

After struggling for more than a year, Enroth ended last season scorching, going 4-1-1 with a 1.47 goals-against average and .956 save percentage in his last six starts.

“He kind of saw where he was and that he needed to have a good finish in terms of where his career was headed and his future,” Rolston said. “He has aspirations to be a No. 1 goaltender. We feel that’s certainly the case.”

Here’s the rest of the lineup: