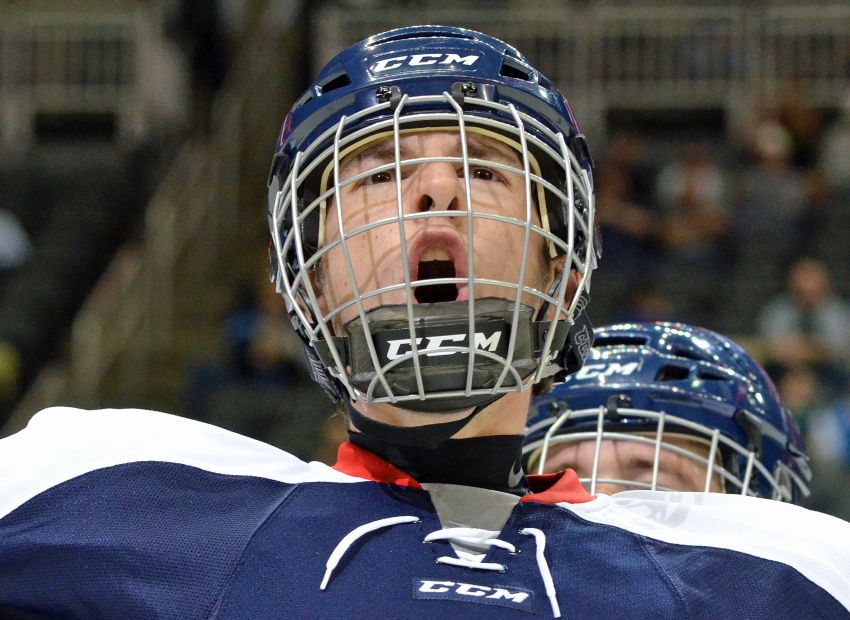 Jack Dougherty was a second-round pick by Nashville. ©2018, Hickling Images

BUFFALO – Winger Nick Baptiste’s career in the Sabres organization is over.

The Sabres traded Baptiste, 23, to the Nashville Predators tonight in exchange for defenseman Jack Dougherty.

Given the Sabres waived Baptiste and assigned him to the Rochester Americans after he cleared waivers Sunday, a deal wasn’t surprising.

While Baptiste earned regular duty the latter half of last season, he never developed into the scorer the Sabres envisioned when they drafted him in the third round, 69th overall, in 2013.

In 47 NHL games over the last two seasons, Baptiste compiled seven goals and 10 points. He scored 45 goals and 87 points in 157 AHL games with the Amerks.

Dougherty spent one season at the University of Wisconsin before joining the Western Hockey League’s Portland Winterhawks.

He compiled three goals and 26 points in 141 AHL games with the Milwaukee Admirals after turning pro in 2016.