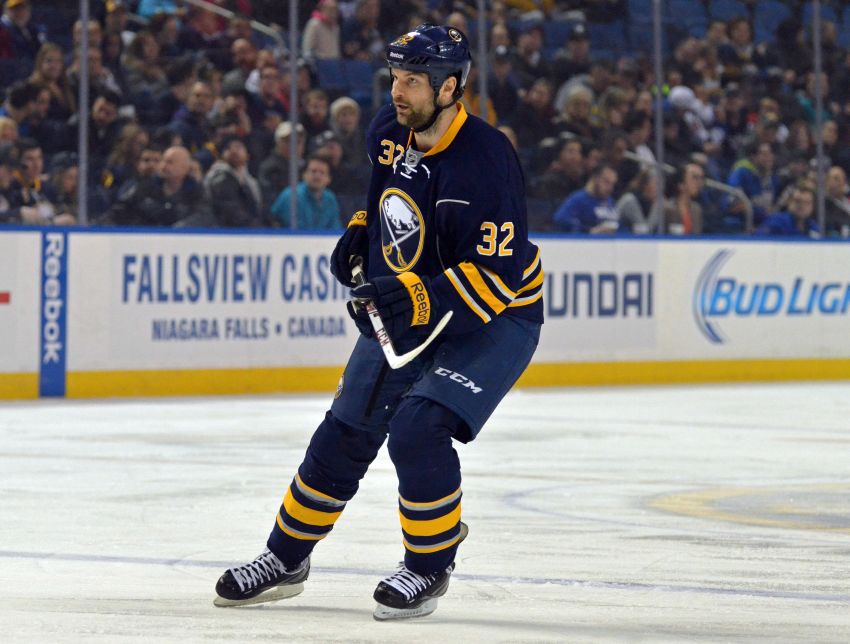 “I’m surprised that that happened,” Scott said prior to the Sabres’ 3-2 win against the Carolina Hurricanes inside the First Niagara Center. “It was kind of a weird event. I’ve never seen that happen before in my career. It was definitely something new. It’s OK. We’re fine now.”

“Obviously, I wasn’t happy,” said Scott, who subbed for Henrik Tallinder and played beside Jamie McBain. “No one likes getting sent off from practice. I was having a tough practice and just kind of maybe overreacted a little bit and got a little upset. But it happens. Move on.”

Nolan added: “I was perfect with John Scott (Monday). In this sport sometimes you have those moments but it’s forgotten right afterwards.”

“For me, I think if you’re not hurt, you’re not really playing in my role,” McCormick said. “I think everybody that’s in my role is bumped or bruised, something like that.”

McCormick has been hurt most of the season, missing 32 games, including 24 straight with a finger injury before returning Tuesday, his first action since Dec. 14.

He said he was being fitted for a finger brace. Can he still fight? He has seven this season.

“I don’t think the gloves are ever glued on,” he said. “But at the same time, it might not be something I’m trying to do right away.”

“It was a great experience, for sure, practicing and playing with Lundqvist,” Enroth said. “So I picked up a couple things he does and stuff like that. Obviously, I wish I got one game.”

“It’s fun to see how they prepare for a contest that they’re in,” he said. “It’s just completely different.”

Note: Sabres center Zenon Konopka underwent hand surgery during the Olympic break, according to TSN. Konopka, who’s been practicing, has been dealing with the injury all season. … Former Sabres winger Linus Omark, whose contract was terminated last week, has signed a one-year deal with Lulea of the Swedish Hockey League.