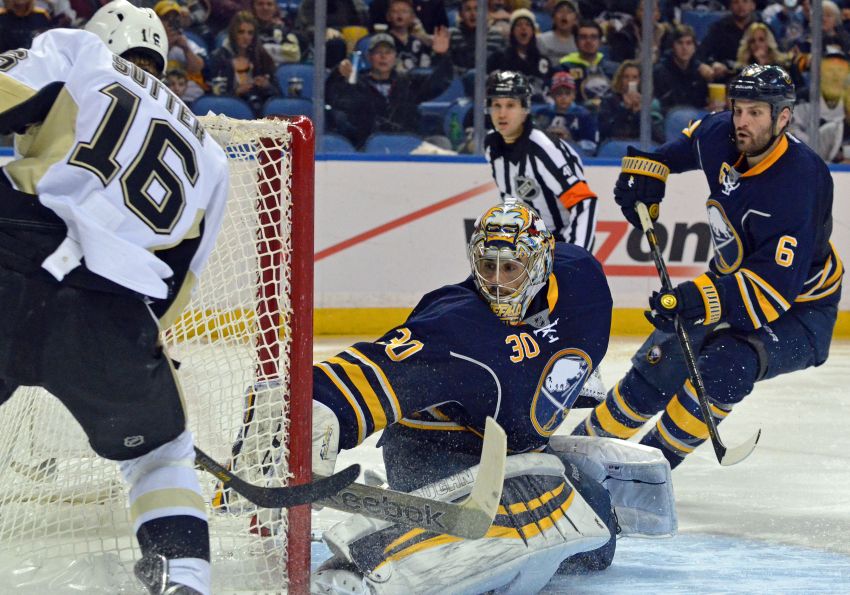 Decorated ex-Sabres goalie Ryan Miller, the franchise’s all-time leader in wins and games played, will have his No. 30 retired and be inducted into the team’s Hall of Fame during the 2022-23 season, the team announced Friday.

Miller, 41, will become the seventh player and second goalie to have his number hang from the KeyBank Center rafters, joining Gilbert Perreault, Rick Martin, Rene Robert, Tim Horton, Danny Gare, Pat LaFontaine and Dominik Hasek, the only other netminder.

Legendary former play-by-play man Rick Jeanneret, who was honored with a banner earlier this year, informed Miller of the honors on a video the Sabres played when he visited KeyBank Center with his family this week.

No date for the ceremony has been announced.

Miller, the face and backbone of the post-lockout Sabres, played parts of 11 seasons in Buffalo, amassing 284 wins in 540 games. Miller, whose 391 career victories rank first among American-born goalies and 14th all-time, won the Vezina Trophy in 2009-10 and led Team USA to a silver medal at the Vancouver Olympics that winter.

He backstopped the Sabres to back-to-back Eastern Conference final appearances in 2006 and 2007, the year they also won the Presidents’ Trophy.

Miller said Wednesday those thrilling playoff runs stand out as the most vivid memories of his long tenure in Buffalo. When he first joined the Sabres for 15 games in 2002-03, they filed for bankruptcy and were mired in a long rut. Within three years, they were one game away from the Stanley Cup final.

“When I got here, the team was bankrupt and they were coming off some tough seasons, but people were mildly optimistic,” Miller said. “And then it turned into kind of a pandemonium because we really found something as a group. And that was exciting to go from building something, hoping it works, and then doing something kind of the way we intended and doing a high level, it was exciting to be a part of.”

The popular Miller also established himself as a strong presence in the community through his work with his Steadfast Foundation.

Miller, who retired last year, is in town visiting because he was recently announced as one of the 2022 inductees into the Greater Buffalo Sports Hall of Fame.

He will become the 43rd member of the Sabres Hall of Fame and the first inductee since Hasek in 2014.

In addition to the retired numbers, Jeanneret and team founders Seymour and Northrup Knox have banners hanging in the rafters.