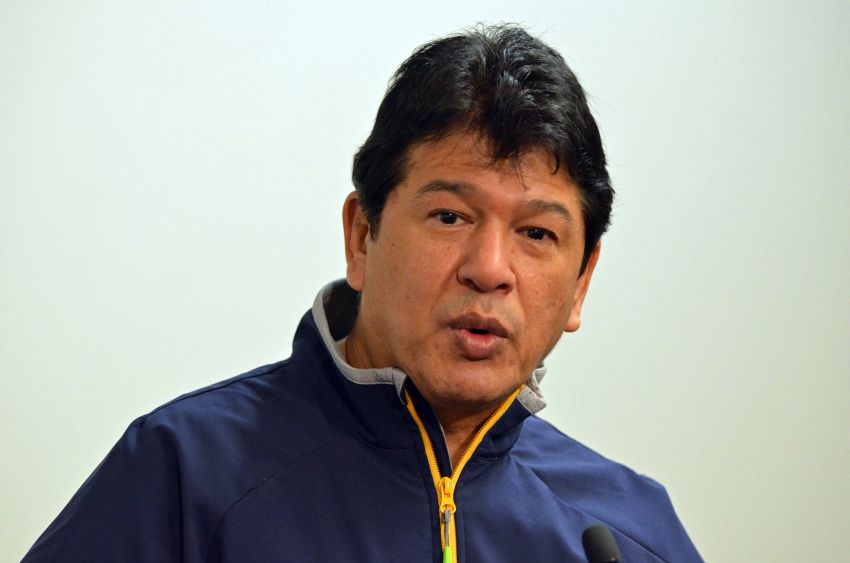 BUFFALO – For Ted Nolan, leading Latvia’s surprising entry at the Sochi Games was just one part of the Olympic experience. The interim Sabres coach said his team “left the game at the rink.”

So Nolan attended curling, downhill skiing and speed skating events. He enjoyed simply sitting down in the cafeteria and trying to guess which sports the athletes played. He said he met a Mexican alpine skier who’s a prince and someone from Togo.

“I didn’t know where Togo was,” an exited Nolan said Friday after the Sabres practiced inside the First Niagara Center, their first post-Olympic session.

Sochi’s beauty awed Nolan, who said he felt like he could’ve been in Miami, the Rocky Mountains or Russia.

“It was just one of those unique opportunities I’ll never forget, for sure,” he said. “And to represent a country, especially one like Latvia, it’s a really cool country and the people are tremendous. People that don’t know too much about the country, they can look it up and go visit it sometime because it’s a tremendous (place).”

Nolan acknowledged going to Russia with all the fears of terrorist attacks scared him. But he was disappointed the media made it sound like the Olympics were being held in a warzone.

“I’ve never been to (an Olympics) before, but if they’re any better than that, I’m not too sure,” he said.

Nolan has endured a whirlwind couple of weeks. But fatigue couldn’t wipe the smile off his face or hide his Olympic enthusiasm Friday.

After Latvia nearly upset mighty Canada on Wednesday, he left Sochi at 7 a.m. and got home at 6:30 p.m. Thursday. He slept on the plane and a little bit at home. He was on the ice at 10:45 a.m. Friday, a practice moved up so everyone could watch the United States play Canada.

His hardworking squad turned heads in Sochi, beating Switzerland and taking a world power to the brink.

“Our coaching staff was three guys,” he said. “Our design was put on napkins.”

But it worked. Nolan told his players a year ago the tournament’s fourth game, their triumph over the Swiss and first Olympic victory since 2002, mattered most.

“It was amazing to just be there, a big accomplishment our men did for the country,” said Sabres rookie center Zemgus Girgensons, the lone Latvian NHL player.

Girgensons said the Latvians “made our opponents sweat” each game.

“We believed in ourselves since the first day we got there,” said Girgensons, who rested Friday. “Even before, just looking at the paper, I knew that’s the best team Latvia’s probably had in a long, long time.”

Nolan’s influence was huge, though.

“He made us all work hard,” Girgensons said. “(Kaspars Daugavins) said in an interview he actually made us believe we can. That’s a really important thing. If you can believe that, you can accomplish that.”

“They were blocking shots,” he said. “They were diving in front of Shea Weber’s slap shot. Those things aren’t just givens. Those are things that you’re trying to go through a wall for your coach.”

“You can get hurt walking across the street and slipping on a piece of ice,” he said. “Those things happen. To say the event is one of those events where you don’t want to take a chance, I think it’s worth every chance there is because it’s a world event, a world-class event to showcase our game.

“If you see the whole thing, there wasn’t one fight. Our Latvians were very, very aggressive. It was entertaining and it was a lot of fun.”