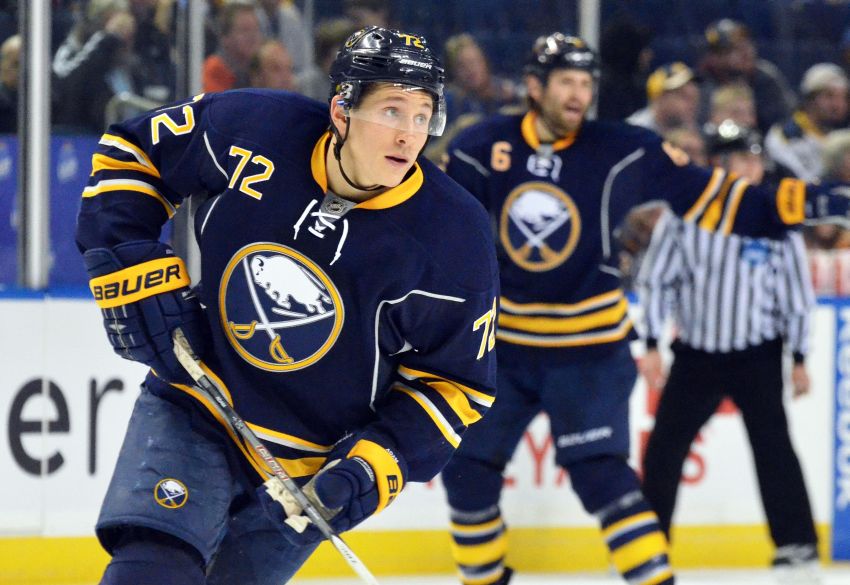 PITTSBURGH – One day this winter, Luke Adam finally had enough. The 22-year-old cleared his head and stopped wondering about his future with the Buffalo Sabres.

“That’s what got me in trouble,” Adam said Tuesday prior to the Sabres’ 4-1 win over the Pittsburgh Penguins inside Consol Energy Center, his first NHL game since Feb. 8, 2012. “The last month and a half, two months, I just completely wiped the idea away.”

With winger Ville Leino (muscle strain) out, the Sabres summoned Adam from Rochester on Monday, a surprising move considering the forward had zero goals in his last nine games.

Adam, despite some so-so offensive numbers, believes focusing on little aspects of his game at both ends of the rink has made him a more mature player.

“I think I’m a much better player now, even the last little while in the American League,” said Adam, who had 14 goals, 32 points and minus-12 rating in 64 AHL games. “The points really haven’t been there, as high as I’d like or as high as they used to be.

“I’m getting opportunities and playing well defensively. There’s been some tough breaks, but that’s hockey.”

Adam stormed into professional hockey two seasons ago, compiling 29 goals and 62 points in 57 games with Portland. He began last season as the Sabres’ No. 1 center between Jason Pominville and Thomas Vanek.

After scoring his 10th goal and 20th point on Dec. 17, 2011, Adam endured 20 pointless games before the Sabres finally sent him down.

Instead of finding his confidence with the Americans, Adam slumped badly, scoring only four goals in 30 total AHL games last season.

Now, with his fresh perspective, Adam thinks his game has “come a long way.”

“My confidence is back to where it was,” he said. “Now I feel like I’m starting to control games and control the puck a lot more. It’s a good feeling.”

Adam, a center most of this season, skated on the left wing Tuesday beside Kevin Porter and Brian Flynn.

The Sabres played their first game without veteran defenseman Robyn Regehr, who was dealt to the Los Angeles Kings on Monday night for two second-round picks.

“He was a great teammate, a great leader on this team,” Pominville said. “It was really tough to see him go. But at the same time, I think he understood the process as well, understood the business part of it. It was nice to be able to see him and wish him all the best.”

What did the respected Regehr offer the Sabres?

“Whatever you ask him for,” Vanek said. “He’s one of those guys you know what you’re getting out of him every night. The Kings are getting a good player.”

Prior to the contest, the Sabres summoned Adam Pardy, who made his sixth appearance this season.

The Sabres’ defense depth has been whittled down considerably recently. They have no healthy defenders left in Rochester with any NHL experience. Alex Biega could be the next in line for a recall.

“Feel better,” Vanek said after skating Tuesday morning, “but still not there.”

“It’s a tough thing to say,” he said. “The last three days I’ve been feeling better, but not a point where I’m ready to go.”