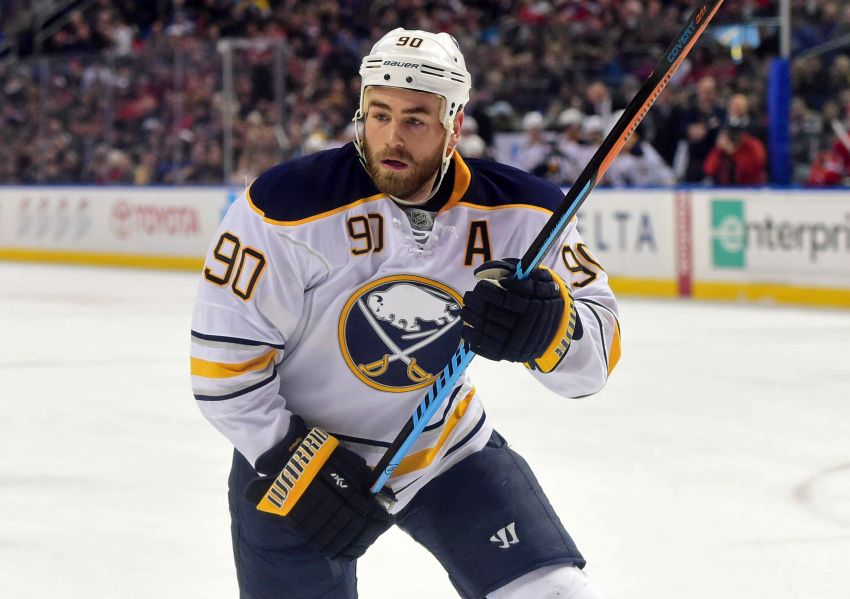 BUFFALO – As Ryan O’Reilly’s struggles have increased recently, so have the frequency of his talks with Sabres coach Dan Bylsma, who has told his top center to take a deep breath and relax.

Just a few months ago, as O’Reilly, 25, enjoyed a scorching start, the two didn’t need to chat much. But the Sabres’ lone NHL All-Star is extremely hard on himself. After nearly every loss, he almost sounds inconsolable as he laments his miscues and lost opportunities.

So naturally, O’Reilly, who has a 13-game goal drought entering tonight’s road tilt against the Philadelphia Flyers, hasn’t handled his current slump well.

“Very frustrated,” O’Reilly said Wednesday following practice inside HarborCenter. “I’m obviously not confident in shooting the puck right now. My five-on-five play is not where I’d like it to be, but I’m trying. I got to find new things, find new ways to have success.”

O’Reilly, who hasn’t scored since Jan. 8, leads the Sabres with 17 scores and 45 points. Still, he’s a team-worst minus-19. He had two assists in Tuesday’s 7-4 loss to the Florida Panthers, although he was a minus-4.

“He does take so much on personally and emotionally for our team and himself, and there’s a huge amount of accountability he takes on his own shoulders,” Bylsma said. “I have talked to him. He’s the leader and (a top competitor) for our team. That’s where his focus has got to be.”

What else has Bylsma told O’Reilly?

“Kind of just try to get new ways to be successful and kind of enjoy the game a bit more, have that kind of shoot-the-puck (mentality),” O’Reilly said. “He’s been telling me to shoot the puck a lot more. Obviously, you can’t score if you don’t shoot.”

O’Reilly has become extremely tentative, registering only eight shots in the last nine contests. When he scored in three straight games in mid-November, he pumped 17 shots on net. In five of those recent games, he had zero, including Tuesday’s ugly loss, the Sabres’ third straight setback (0-1-2).

Bylsma, however, liked O’Reilly’s effort against the Panthers, calling it “his highest compete and highest battle in a number of games.”

“In the second and third period he was almost dominant in the offensive zone,” he said. “He was going one-on-three and holding off guys. I think that’s the best he’s played in a while for us.

“He’s squeezing it a little bit when it comes to shooting the puck and scoring goals right now. But I think it’s a frustration we all share.”

Of course, O’Reilly, who actually has a four-game point streak, took little solace in his outing.

“I think it doesn’t matter if we lose,” he said. “I did possess the puck a lot more, but still, I wasn’t great defensively. Yeah, it’s still nowhere near where I need to be.”

While O’Reilly won’t acknowledge it, fatigue has possibly crept into his game. The seven-year veteran plays in every situation, skating a whopping 21 minutes, 54 seconds a game, the NHL’s highest total among forwards. Bylsma said last week he knows O’Reilly’s probably tired.

“I prepare to play big minutes and go a long way,” O’Reilly said. “I don’t feel tired at all. I think just the frustration’s there, which makes it everything a little more difficult. But besides that, I feel in great shape.”

He added: “For how much ice I get, I need to be more effective. It’s something that’s in my hands. I can’t look to anyone else to do that. It’s something I think maybe did a bit better earlier on but I have to do way more now.”

So what else has happened to O’Reilly? He was on pace for months to shatter his career high of 28 goals he set with the Colorado Avalanche in 2013-14, when he also had 64 points. Right now, he’s on pace for 26 goals and 68 points, terrific numbers in this low-scoring era.

O’Reilly, whose hockey smarts are often lauded by Bylsma and his teammates, believes some of his early goal-scoring prowess could’ve simply been luck.

“I think I got a lot of good bounces early that seemed to go my way,” he said.

“I told him that he did a poor job, because when you play that well, it makes you want to him again there,” Bylsma said. “We talked before the game, D-men, they have to skate kind of in a fashion they’re normally not used to. I thought Jake did a real good job of skating, forechecking.”

McCabe said he hadn’t played forward since he was a kid.

“It was different,” he said. “I just wanted to provide energy out there, keep the game simple.”