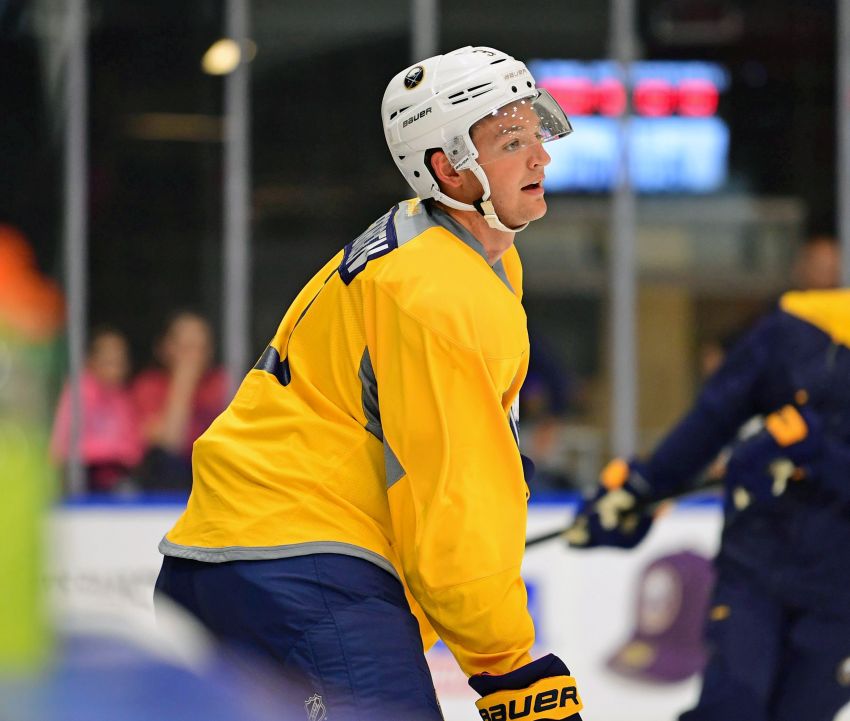 BUFFALO – The Sabres have signed Will Borgen, one of their top defense prospects, to a three-year, entry-level contract, the team announced today.

Borgen, who just finished his junior season at St. Cloud State University, will sign an amateur tryout and report to the AHL Rochester Americans. His NHL contract will kick in next season.

Borgen, 21, compiled five goals and 41 points in 106 career NCAA appearances, including two goals and 15 points in 36 contests this season. He was named the National College Hockey Conference’s top defensive defenseman for 2017-18.

He earned a spot on Team USA’s Olympic squad for the recent Ryeongchang Games, although he didn’t play.

On Friday, Air Force upset No. 1 seed St. Cloud 4-1 in the first round of the NCAA Tournament.

The Sabres drafted Peterson in the seventh round, 224th overall, in 2012.

The 6-foot, 193-pound Peterson was one of two captains for St. Cloud this season.