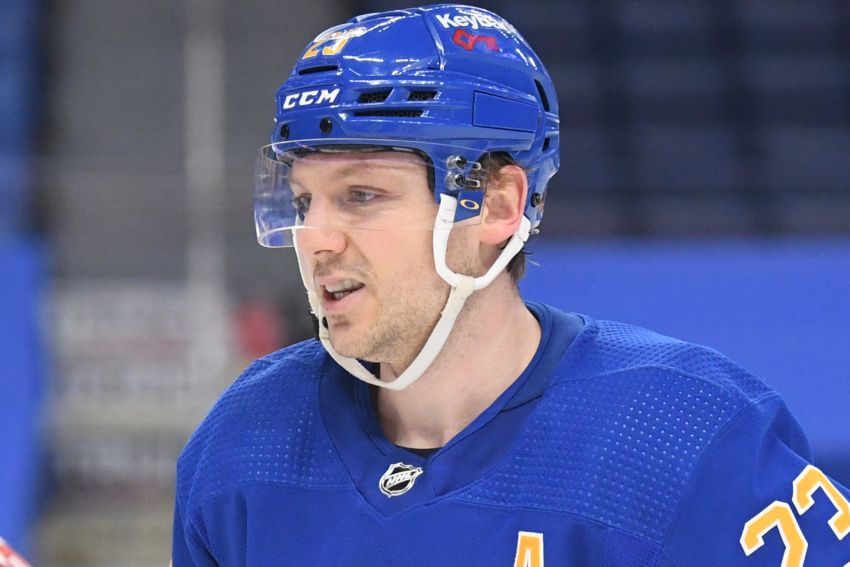 Don Granato likes to joke that he talks about offense much more than defense. But the interim Buffalo Sabres coach, of course, stresses the less glamorous side of hockey.

The Sabres’ defense has improved dramatically under Granato, helping them morph from the NHL’s laughingstock into a club capable of beating any opponent. In the past few weeks, they’ve started clamping down and limiting opportunities.

They couldn’t handle the Rangers’ fast, wide-open attack, getting pulled out of their coverage. Granato said his team even overbackchecked.

“Which is just as bad as not backchecking because you give your opponent time and space by overbackchecking,” Granato said. “We were guilty of that several times today.”

Sabres defenseman Jacob Bryson said: “Their transition game is so quick that you can’t make mistakes or else they’ll put the puck in the back of the net every time.”

Granato acknowledged he thought about pulling Tokarski after Zibanejad’s goal 2:05 into the second period.

“I gave a lot of thought to it, consulted with our coaches, our goalie coach,” Granato said. “I was concerned at that point with Dustin’s confidence.”

Granato said Tokarski’s “competitive fire came back in the game.”

“Dustin responded fine from that standpoint,” he said.

Later in the second period, the Sabres settled down and began averting a blowout, creeping within two goals twice.

“We couldn’t make up the goal differential and that was the problem,” Granato said. “We dug ourselves too big of a hole.”

“We kept it a little more simple,” Olofsson said of how the Sabres got back in the game. “In the first period, we took back in our own end when we had it under control and they kind of got all over us and we ended up staying another 40 seconds in our zone. We came out a little bit quicker in the second and third, which kind of gave us a good transition game and started to create more offense.”

The Sabres can create more offense because their power play, which was downright awful for nearly two months, has started to click a bit. They scored two power-play goals in Friday’s 6-4 win over the Bruins.

Olofsson’s goal was one of seven shots they pumped on Rangers goalie Igor Shesterkin during their four man advantages.

“We’ve looked better,” Granato said of the power play. “They’ve certainly looked more confident. Just about the time they were gonna get frustrated tonight, I threw them back out there and they did score that power-play goal. So some good signs, encouraging signs, but there’s still work to do.”

The Sabres close their season series with the Rangers on Tuesday in New York.