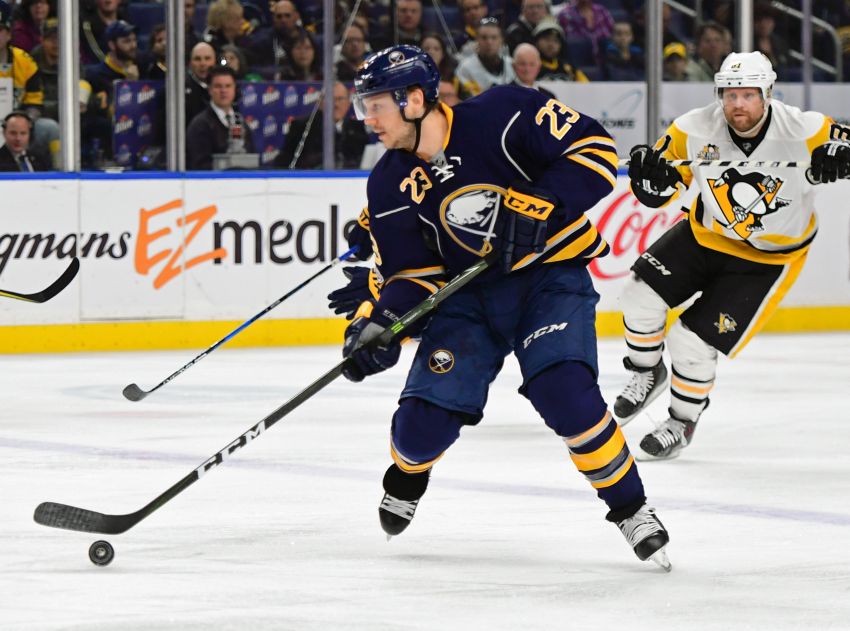 “The discipline was not playing in tonight’s game,” Reinhart told reporters in Columbus.

“Disappointed, but it happened and we dealt with it and we’re going to move on from here,” Bylsma said.

The benching came with a twist. Instead of simply scratching Reinhart, Bylsma dressed him and let the former second overall pick sit on the bench 60 minutes. Reinhart doesn’t receive credit for a game played because he never touched the ice.

Update: With winger Kyle Okposo sick, Bylsma had to dress Reinhart to field the mandated lineup.

“For everyone that we’re part of a team, we do things as a team,” he said. “That’s hopefully the lesson.”

Reinhart has 17 goals and 46 points in 74 games in his second full NHL season.