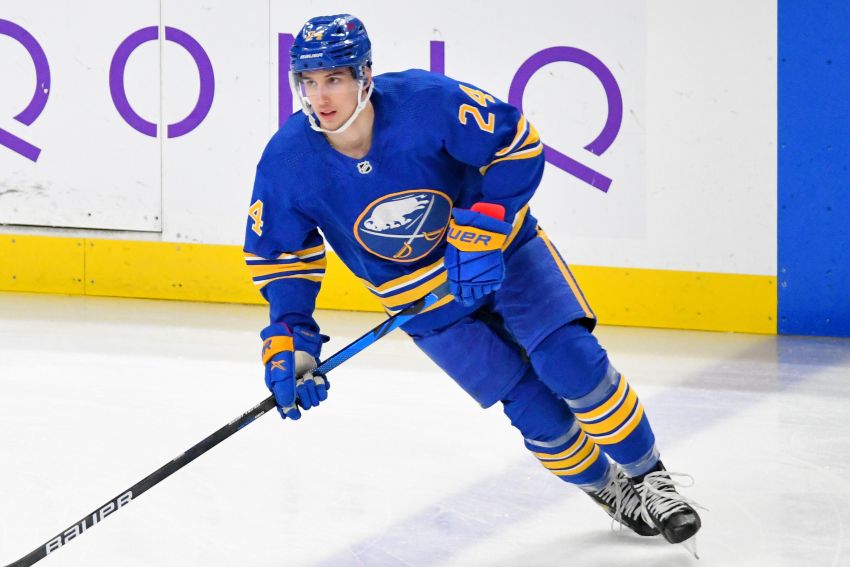 An upper-body injury had just sidelined Cozens, 20, four games. Now he is dealing with another upper-body injury after Philadelphia Flyers defenseman Philippe Myers checked him into the left boards 11:43 into the first period on Monday.

“He was upset at himself and the fact that he was injured,” Granato said on a Zoom call prior to tonight’s game against the Philadelphia Flyers at KeyBank Center.

Luckily, Granato said Cozens could return as soon as next week from what appears to be a left arm injury.

“A lot of relief, a lot of excitement,” Granato said of knowing Cozens will likely only miss minimal time.

The Sabres sorely need Cozens, who has quickly morphed into one of their best players.

“You guys sense the competitive nature of Dylan Cozens,” Granato said. “It is there. He’s an intense, intense hockey player. And he was mad that he has to sit out games. So he’s a player who’s going to push it and be back as soon as he possibly can. We’re hopeful that it’s next week at some point. And he’s just going to keep pushing ahead.”

Cozens has compiled four goals and six points in 25 games this season. The Sabres drafted the Yukon native seventh overall in 2019.