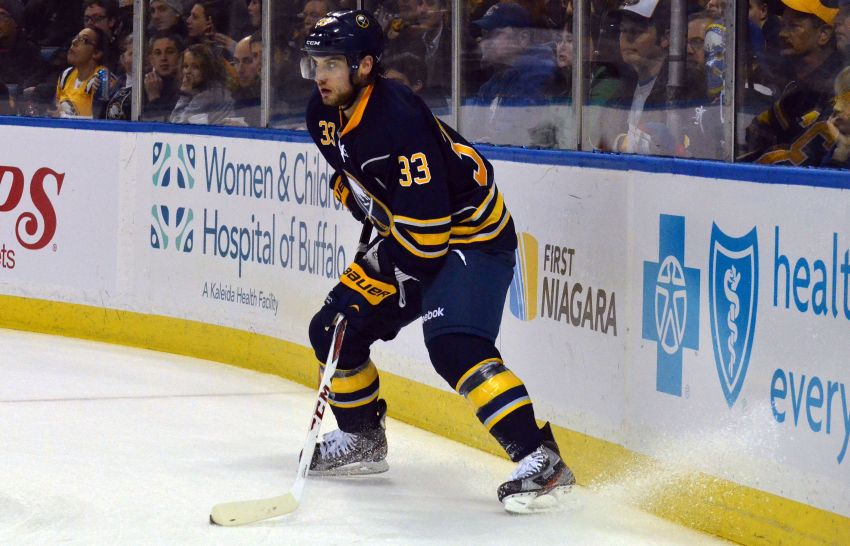 In seven NHL games this season, Buffalo Sabres defenseman T.J. Brennan has zero points and 14 shots on goal (how many have missed the net?) while averaging 14:11 on the ice each appearance.

After scoring 14 goals and 35 points in 36 games with Rochester this season, Brennan has underwhelmed mightily.

If the 23-year-old didn’t have to clear waivers, he likely would’ve been returned to the AHL. Instead, rather than risk losing him, the Sabres have stashed the rookie as their eighth defenseman.

Brennan enjoyed loads of the success the last two seasons under Ron Rolston, yet the interim Sabres coach has played Adam Pardy, a recent recall, ahead of him.

That’ll change tonight in Carolina against the Hurricanes, when the offensive defenseman makes his second NHL appearance under Rolston. Brennan looked overwhelmed during his last outing, a 3-1 loss Feb. 21 in Toronto.

Brennan and his booming shot will anchor a point on the Sabres’ awful, league-worst power play (they’re converting at 10.7 percent, 1.8 behind 29th-ranked Colorado) tonight.

Perhaps he can jumpstart a power play that’s zero of the last 11 and three of the last 59.

“Most importantly, we want him to make sure that his five-on-five game is good and he’s playing a good, strong defense,” Rolston told reporters in Raleigh this morning. “From there, he has an opportunity on our power play to use his gift of offense and his shot. So he’ll get that down. I’m sure. He’s a big shooter, and he’ll get pucks on net.”

If Brennan fails to impress and can’t thrive under Rolston, who groomed him well for the NHL, you wonder if he’ll ever earn a regular spot with the Sabres.

How does he feel about sitting out?

“It’s brutal, worst feeling in the world,” he told reporters in Raleigh. “I mean, I know a lot of people are calling me scumbags, dirty hockey player. But I play hard, I play on the edge. It doesn’t define me as a person. It defines one play.”

– Sabres winger Thomas Vanek, who will return from a two-game absence tonight (upper body), has 12 goals and 29 points in 28 career games against Carolina.

Update: Brennan scored a power-play goal (a wicked one-timer) 14:33 into the third period. Will that earn him another game Thursday?