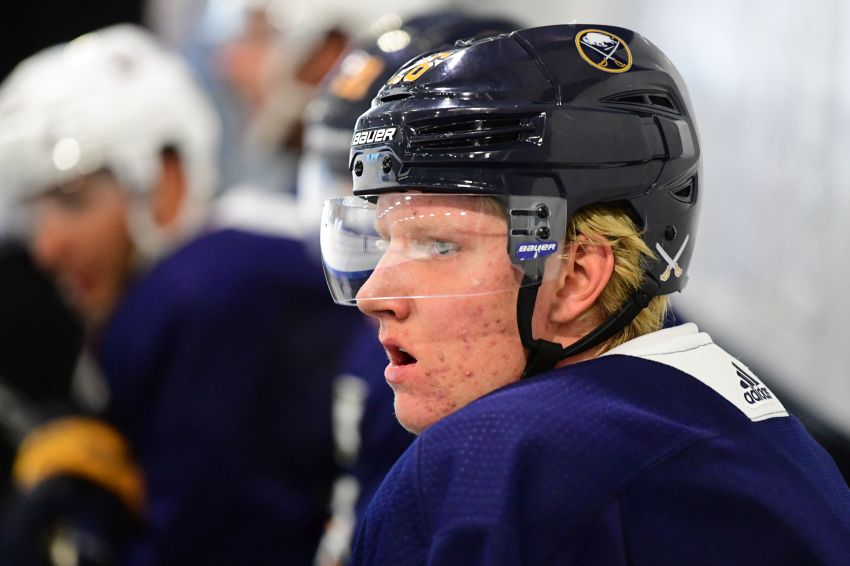 It should surprise no one Rasmus Dahlin scored his first goal because he zoomed to the net. In his early days in the NHL, the slick Buffalo Sabres rookie already showcases an aggressiveness few defensemen possess.

Dahlin, 18, joins the rush so much he often looks like a forward.

So it was fitting 2:45 into Saturday’s 3-0 road win, Dahlin, who was trailing the play, moved in from the slot and buried winger Jeff Skinner’s pass by Arizona Coyotes goalie Antti Raanta.

The Swede’s goal held up as the winner in the Sabres’ third victory this season.

It took Dahlin, the first overall pick, just over four games and about 80 minutes on the ice to score. He recorded his first NHL point on Thursday, assisting on defenseman Nathan Beaulieu’s goal.

At 18 years and 175 days, Dahlin was the second-youngest player in Sabres history to record a point, trailing only center Pierre Turgeon, who was 18 years and 44 days when he had an assist on Oct. 11, 1987 against the Washington Capitals.