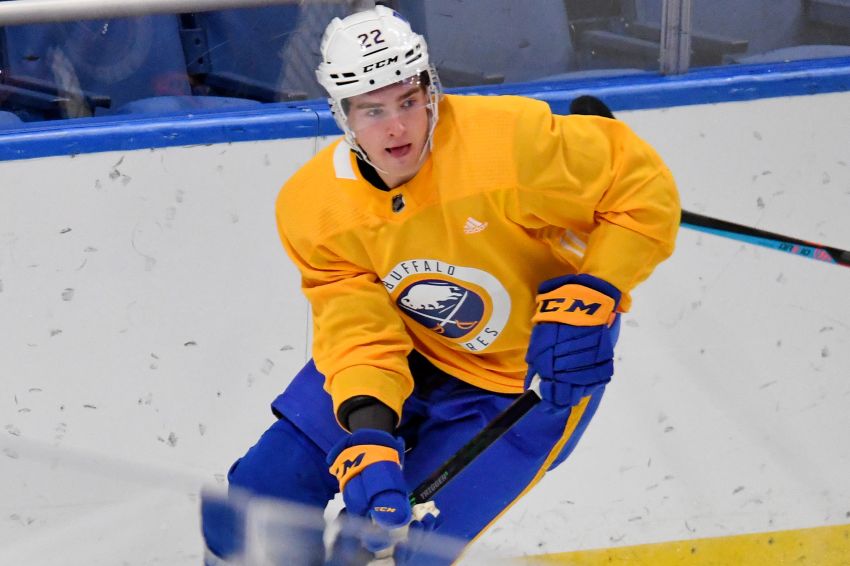 BUFFALO – Sabres rookie Jack Quinn, who’s on the taxi squad, recently recovered from an upper-body injury and could be assigned to the Rochester Americans soon.

“He was on IR and we were working an upper-body injury there, not a very serious one, very minor,” Sabres coach Ralph Krueger said on a Zoom call following this afternoon’s practice at KeyBank Center. “So he hasn’t been a part of the equation here. He’s been in rehab skates and or with the taxi squad.”

The Sabres drafted Quinn, 19, eighth overall last year. In a normal year, the winger would likely be playing with his junior team, the Ontario Hockey League’s Ottawa 67s.

But the OHL season is on hold because of the COVID-19 pandemic, so Quinn has stayed in Buffalo and kept practicing. Junior-age players can play in the AHL because their leagues are paused right now.

The Amerks open their season Feb. 5.

“We’re excited about getting Jack started and possibly seeing some games soon, if he’s healthy, in Rochester,” Krueger said. “It’s been fantastic to have him here with us, he’s still with us, and just a real treat whenever you get to speak to him.

“He’s got the eyes wide open, he’s taking on everything that’s going on around him here and he’s learning and growing just by being here.”