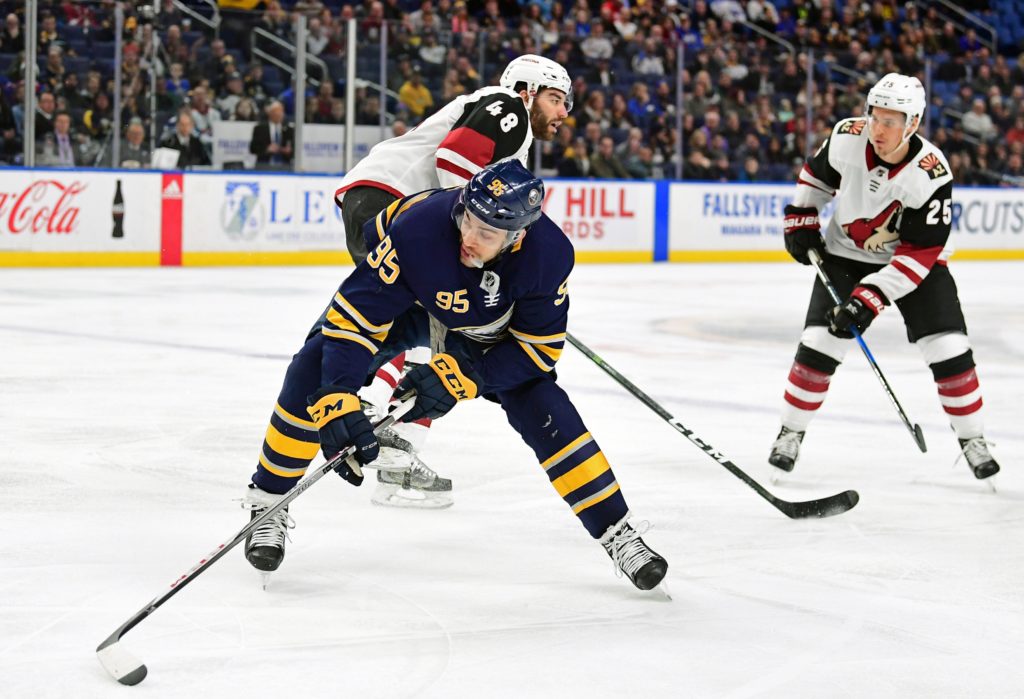 Fresh off Wednesday’s embarrassing 4-1 loss to the Arizona Coyotes, the Sabres looked sluggish early during this morning’s practice. At one point, associate coach Davis Payne yelled at the players to stop coasting.

Housley finally had enough after watching his players execute the drill incorrectly, yelling, “Get on your toes and start (expletive) working!”

“We weren’t doing what I told them to do … so I just tried to get their attention,” Housley said inside KeyBank Center. “The execution after that point was good.”

But should it have taken that much to get the NHL’s worst team to start working? The Sabres’ wretched effort left Housley seething after Wednesday’s game.

“I thought we didn’t have what it was going to take to win in yesterday’s game.”

Check back later for more from today.

In other news, Housley said goalie Chad Johnson, who took a shot off his mask Wednesday and left in the second period, is day-to-day. Johnson didn’t practice today.

“He’s a little banged up,” Housley said. “He hasn’t been diagnosed with a concussion.”

Housley said goalie Linus Ullmark will start Friday’s home tilt against the Montreal Canadiens. Robin Lehner, who’s been banged up and hasn’t dressed for three games, will likely back him up.

Meanwhile, winger Zemgus Girgensons, out the last two games with an upper-body injury, practiced today and has been cleared to play. Housley said Girgensons still needs to be evaluated.

Update: The Sabres sent winger Seth Griffith back to the Rochester Americans this afternoon.