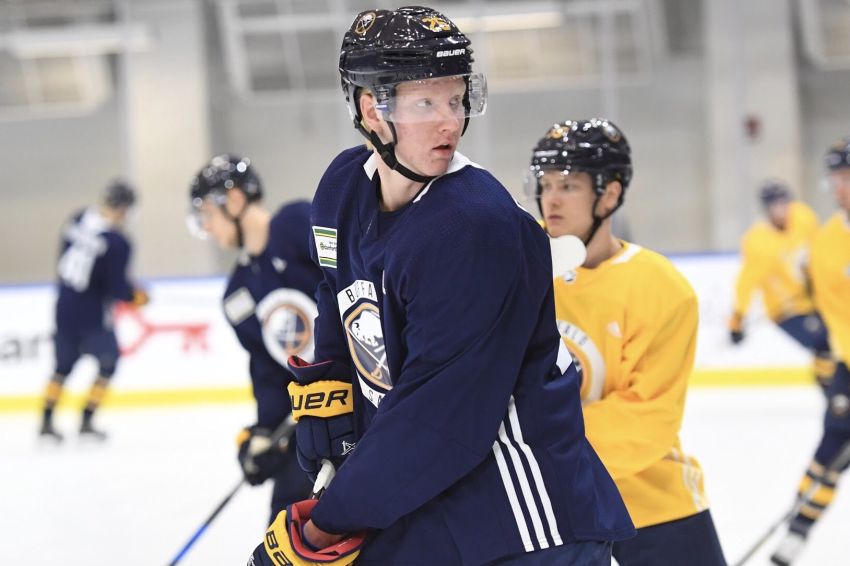 BUFFALO – Defenseman Rasmus Dahlin and center Casey Mittelstadt are among 27 Sabres scheduled to participate in this week’s Prospects Challenge rookie tournament the team will be hosting at HarborCenter.

Some other interesting names on the Sabres’ 27-man roster the team released today include:

– Center Rasmus Asplund, who could contend for a roster spot out of training camp after playing the last two seasons in Sweden.

– Winger Tage Thompson, the prospect the Sabres insisted the St. Louis Blues include in the Ryan O’Reilly trade.

– Matej Pekar, an agitating center the Sabres drafted 94th this year. The Czech planned on attending Miami University in Ohio but will reportedly return to junior for another season.

Of course, Dahlin, the first overall pick in June, and Mittelstadt, the eighth pick in 2017, will be the main attractions. Both are expected to be big contributors to the Sabres this season.

The Sabres, Boston Bruins, New Jersey Devils and Pittsburgh Penguins will all be competing in a round-robin challenge.

Here is the complete schedule for the tournament, which is a round-robin challenge featuring the Sabres, Boston Bruins, New Jersey Devils and Pittsburgh Penguins: