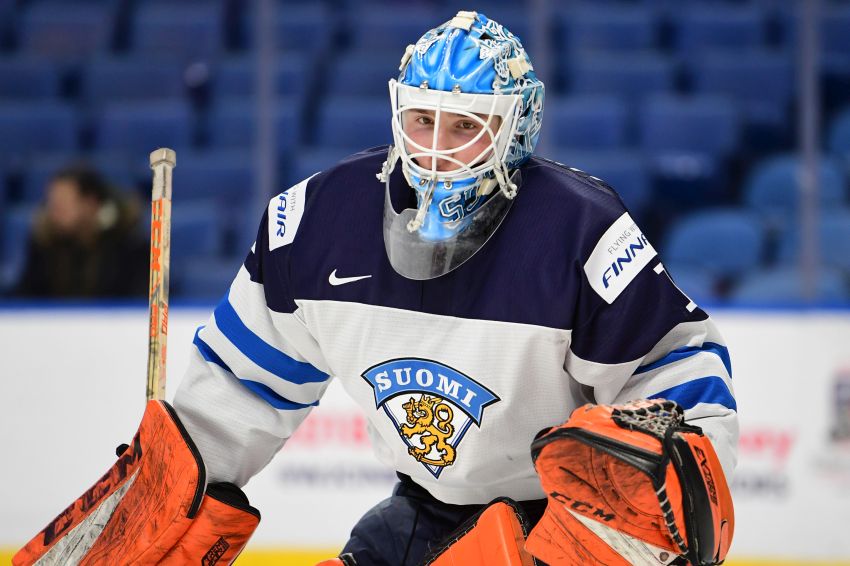 Ukko-Pekka Luukkonen spent the early part of his career in his native Finland. ©2018, Hickling Images

Ukko-Pekka Luukkonen, perhaps the Buffalo Sabres’ goalie of the future, will play junior hockey next season with the Ontario Hockey League’s Sudbury Wolves, the Finn announced today on Twitter.

The 6-foot-4, 196-pound Luukkonen has always played in Finland. During Buffalo’s development camp in late June, he said he had to discuss his future with his agents.

The Sabres drafted Luukkonen in the second round, 54th, in 2017. He signed a three-year, entry-level contract in mid-June.

I am very happy and excited to play for @Sudbury_Wolves next season. Can’t wait to get the season started! pic.twitter.com/pyCnHymEnM