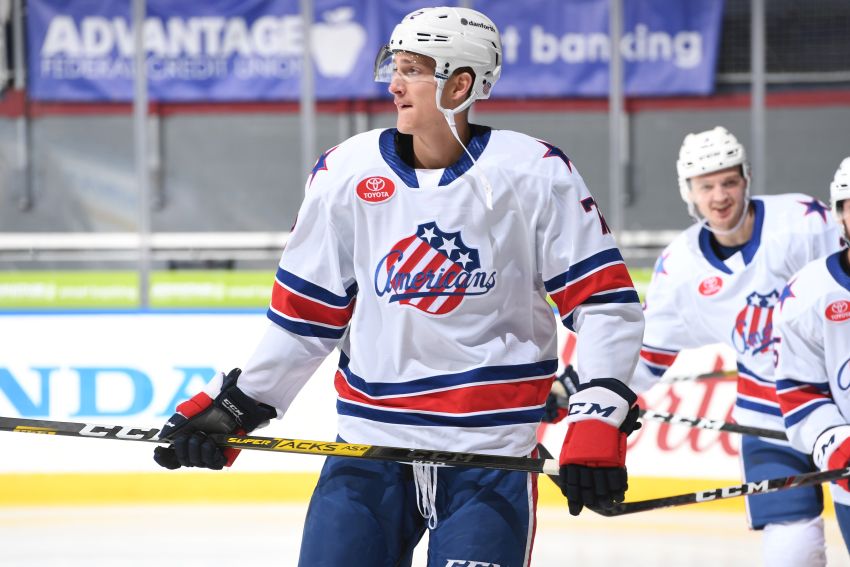 Prospect Tage Thompson is back with the Buffalo Sabres.

The Sabres recalled Thompson, a winger who spent most of last season in the NHL, from the Rochester Americans this morning.

Having lost winger Kyle Okposo to an undisclosed injury in Saturday’s 4-2 win over the Ottawa Senators, the Sabres needed to summon another forward.

The Sabres play the Blackhawks tonight in Chicago.

Okposo left Saturday’s game in the second period after he ran into Ottawa defenseman Ron Hainsey leaving the bench.

The veteran has a history of concussions, having suffered three in the last four seasons.

“We’re just going to still assess him and make a decision then tomorrow,” Krueger said. “At the moment, all I can say is it’s a day-to-day situation.”