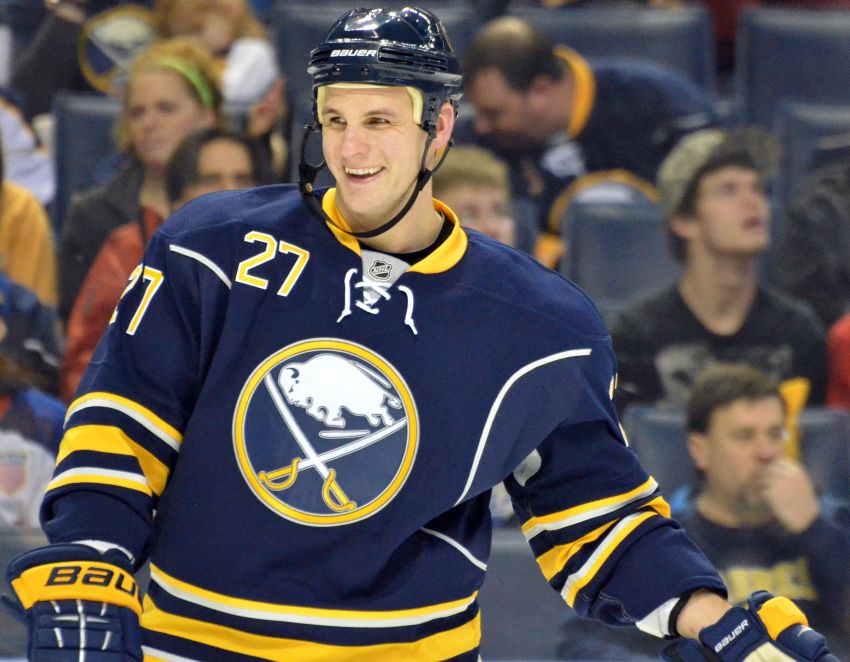 “We got a couple guys that are nicked up that may be doubtful (for the Senators),” coach Lindy Ruff said after the Sabres prepared for Tuesday’s tilt in Ottawa.

Pardy, an offseason acquisition from Dallas, was waived last month during training camp.

The 28-year-old had one goal, three points, four penalty minutes and a plus-3 rating in five AHL appearances. He’s played 183 NHL games, including 36 last season with the Stars.

“I’d say he’s close to getting back on the ice,” Ruff said. “He may even skate on his own tomorrow. So he’s on the road to recovery.”

Meanwhile, Ruff acknowledged he fears winger Ville Leino (hip) could miss the season. The Finn hasn’t played yet this year after going down late in training camp.

“We’re trying a different type of treatment again for what he has,” Ruff said. “You hope you can gain some traction with it. The answer is I don’t know right now.”

Ruff said surgery hasn’t been discussed. That’s the end of the line.

“You go to a surgeon he’s going to recommend surgery,” he said.