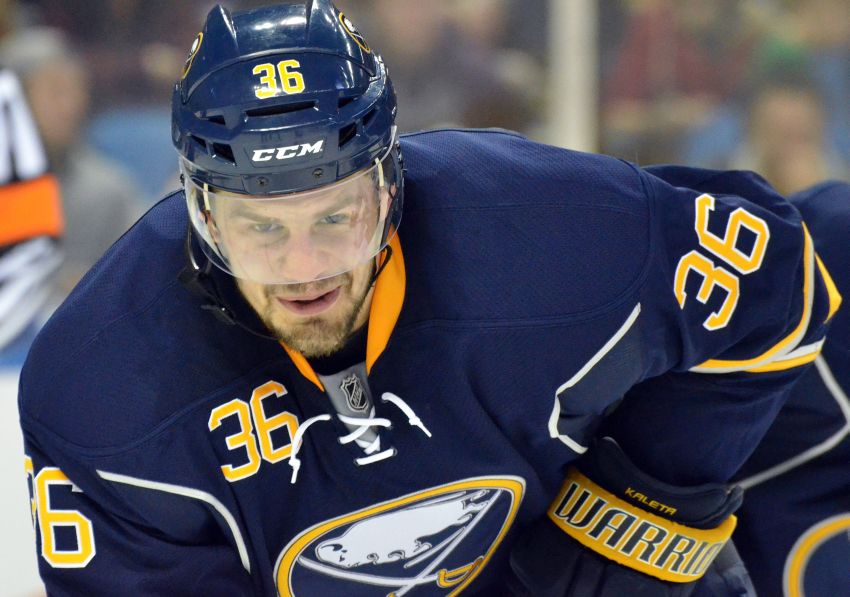 BUFFALO – Sabres winger Patrick Kaleta was released from the hospital today after injuring his neck in Tuesday’s 4-3 overtime loss to Toronto, the team announced.

Kaleta didn’t accompany the Sabres to Boston and won’t play Thursday against the Bruins.

The 26-year-old left 17:34 into the first period and went to the hospital as a precaution after turning as Mike Brown hit him into the boards.

Brown’s hit won’t be reviewed by the NHL, according to Yahoo! Sports.

Sabres coach Lindy Ruff said Kaleta was X-rayed before leaving. The aggressive winger has a long history of head and neck injuries. He’s never played more than 63 games in a season.

“I looked at it. I thought he was sideways,” Ruff said Tuesday about Kaleta’s positioning as he took the hit. “Some of the obligation is on the player. I didn’t think he was defenseless. It’s a tough area. It’s not a blatant run-a-guy-from-behind.”