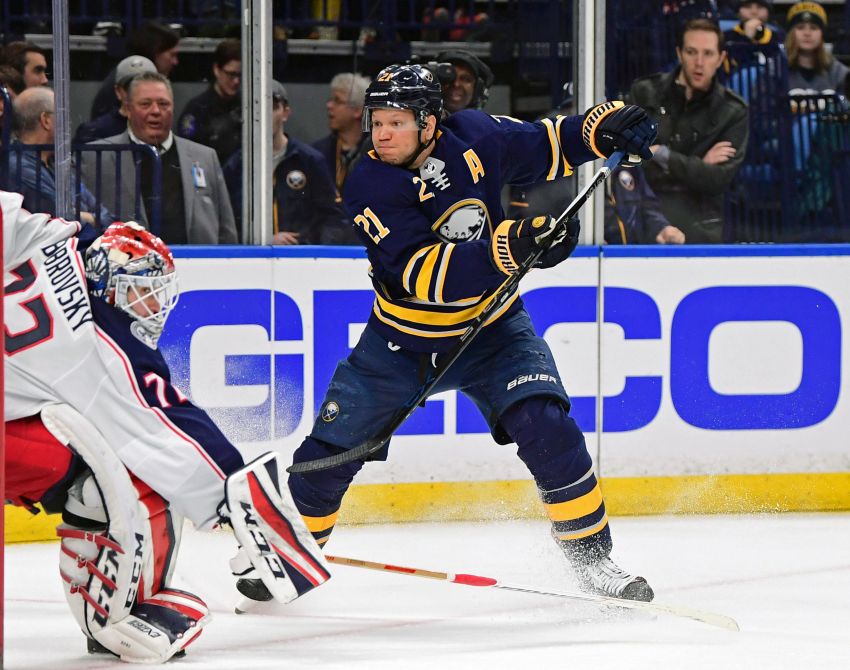 The veteran owns a ghastly minus-29 rating, the NHL’s worst number among forwards.

“We got 17 games left, I want to be a plus player the rest of the way. But in saying that, it’s not something you can completely control. You have to look at it with a grain of salt. But still, it’s not good.”

“My number’s what it is,” Okposo said. “I own that. It’s not something I’m saying, ‘Oh, it’s not my fault and whatever.’ It’s something that’s disappointing me. It (stinks) being there. I have to try to improve it.”

Right now, Okposo must try to improve it on a non-scoring line. While Sabres coach Phil Housley Housley refused to call it the fourth line, Okposo skated at right wing beside center Jacob Josefson and Jordan Nolan during this morning’s practice.

“His awareness defensively and having a respect away from our net defensively has got to be better,” Housley said of Okposo. “I’m sure he’s thinking about that, but he’s got to go out and show it. He’s been pretty hard on himself, so I think he’ll be able to respond in the right way.”

In other news, Sabres defenseman Marco Scandella, who left Friday’s 4-1 road loss in Florida after getting hit into the boards, practiced today and could play in Monday’s home tilt against Toronto.

“I went in pretty awkwardly last game,” Scandella said. “I didn’t feel too good, but it’s progressing day-to-day. I felt like I could skate today, went out there and felt pretty good.”