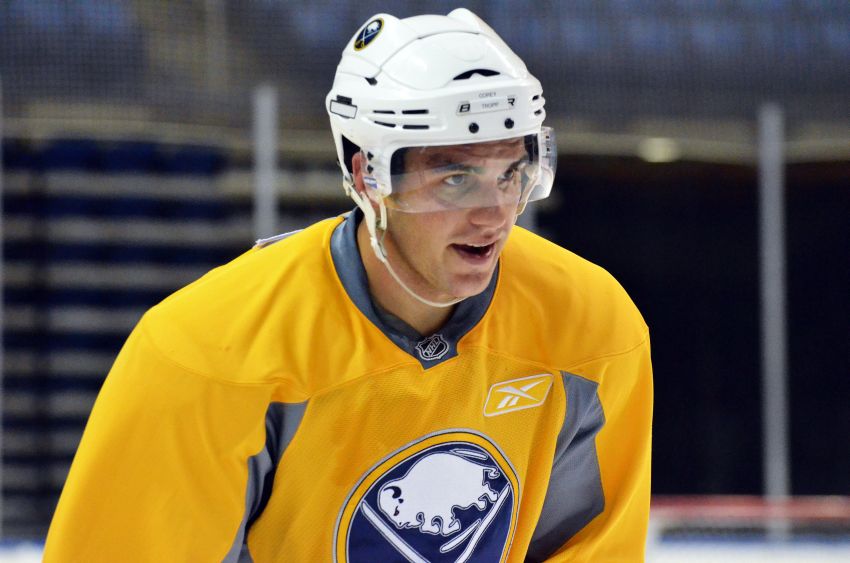 The 24-year-old damaged the medial collateral ligament and anterior cruciate ligament Oct. 15 after scoring twice in Rochester’s opening-night win. Tropp made a surprising return to the Americans’ lineup March 29. But with a weakened knee, he only played five games.

Prior to the lockout last year, Tropp was expected to have the inside track for a roster spot during NHL training camp.

Tropp played 34 games with the Sabres in 2011-12, compiling three goals, eight points and 20 penalty minutes. He solidified a spot late that February and never gave it up.

The Sabres selected Tropp 89th overall in 2007. He played three seasons at Michigan State before joining the Sabres’ AHL affiliate in Portland for the 2010-11 season. He made his NHL debut Nov. 4, 2011, becoming the first forward summoned from Rochester.