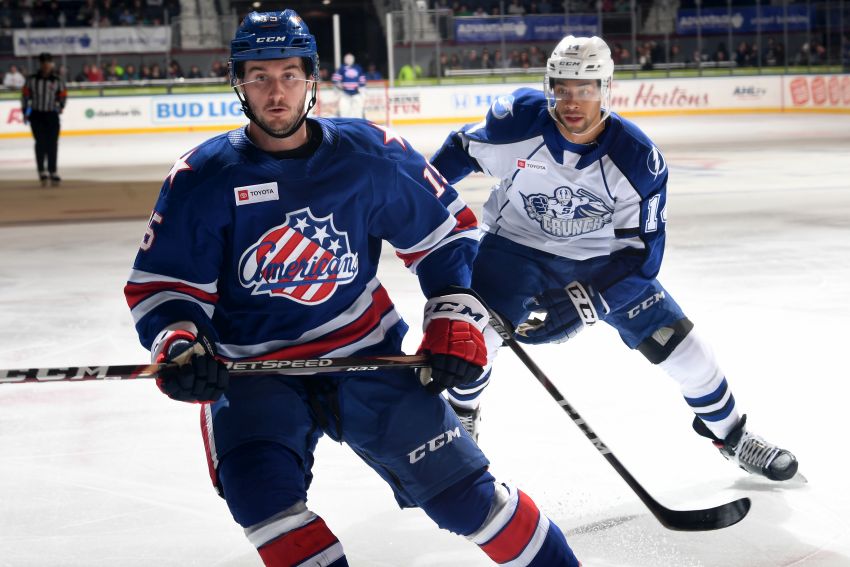 The Notre Dame product was a restricted free agent. He has spent the last two seasons with the Rochester Americans.

A string of concussions limited stymied Oglevie as a rookie in 2018-19, and the prospect scored only five goals and 10 points in 28 appearances.

The Sabres signed Oglevie as an undrafted free agent in 2018.