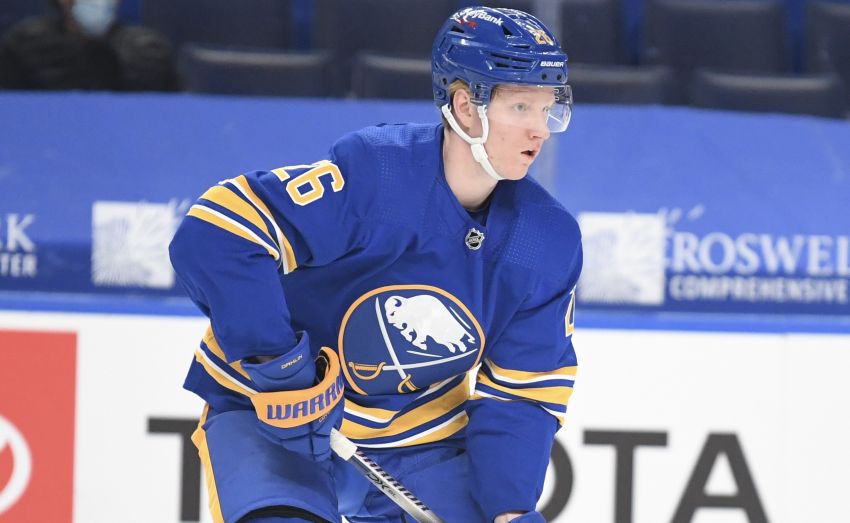 “He was sore after a play that occurred last night and we’re going to hold him back to get some more observation,” Granato said on a Zoom call this afternoon. “Didn’t feel too good with it this morning.”

Granato said he and Dahlin, who played 23 minutes, 23 seconds in Buffalo’s 5-3 loss to the Colorado Avalanche, don’t know on which play the injury occurred. In the third period, moments before the Avalanche scored the go-ahead goal, Jack Johnson knocked Dahlin down as they chased a puck behind the Colorado net.

“He had so much contact,” Granato said. “We literally went through clips and I’m not certain. … He felt it was fine even after the game and this morning it was a little more sore than we thought it would’ve been. He’s not sure which one. He’s in the flow of the game, adrenaline going, and he as in a lot of contact last night as we all saw.”

Playing without Dahlin, even for one game, is a huge loss. The Swede, the Sabres’ only NHL All-Star, is the team’s most dynamic presence. He leads the Sabres in ice time this season, averaging 23 minutes, 44 seconds an outing.

With Dahlin out, defenseman Robert Hagg will likely return to the lineup.