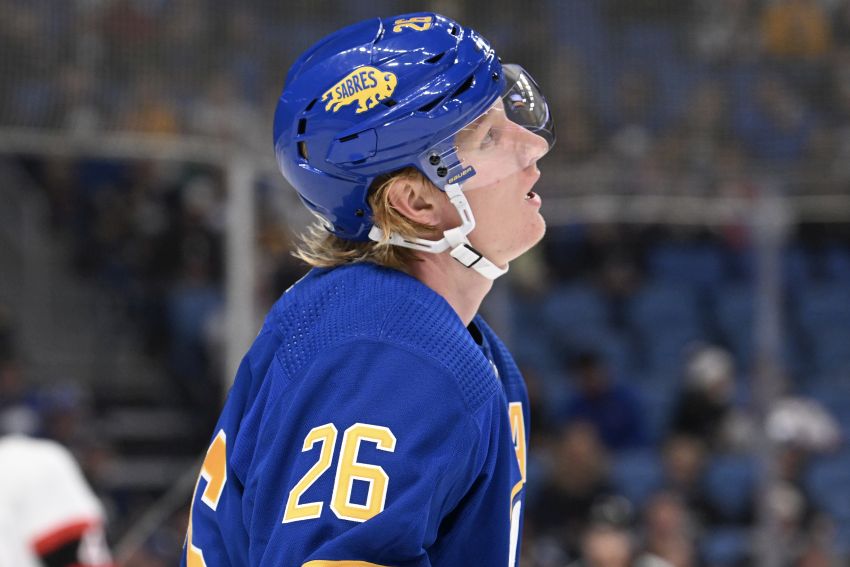 Rasmus Dahlin has scored in every game this season. ©2022, Micheline Veluvolu

A record-setting stretch in which Buffalo Sabres defenseman Rasmus Dahlin extended his season-opening goal streak to five games has earned him NHL First Star honors for the week ending Sunday.

Dahlin, 22, scored in all three games last week and compiled five points and a plus-5 rating, helping the Sabres open their four-game road trip 3-0-0.

In last Tuesday’s 4-2 win over the Edmonton Oilers, Dahlin became the first NHL defenseman since the Tampa Bay Lightning’s Victor Hedman in 2014-15 to score in each of his team’s first three games of the season.

Dahlin set a record in Thursday’s 6-3 victory over the Calgary Flames, becoming the first defenseman to score in each team’s first four three contests.

The Swede followed up by setting another mark in Saturday’s 5-1 triumph over the Vancouver Canucks, extending his record scoring run and breaking the franchise mark for the longest goal streak by a defenseman at any point in the season.

Dahlin’s five-game goal streak is the longest by any Buffalo skater since winger Thomas Vanek’s from Oct. 10 to 18, 2008.

Overall, Dahlin has compiled five goals, eight points and a plus-8 rating while averaging a team-high 24 minutes, 26 seconds of ice time in five games this season.

The Sabres close their trip Tuesday against the Seattle Kraken.