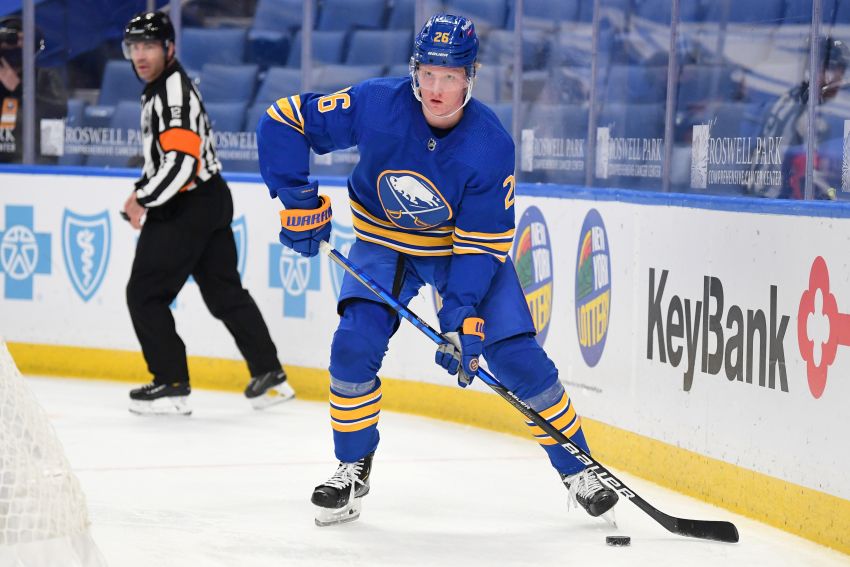 In a best-case scenario, if the Sabres can play their next scheduled contest in six days, they will have gone 15 days between games and have six they must make up.

Of course, that is a big if. So far, the league has removed zero Sabres from the COVID-19 list.

Two Sabres players first appeared on the list Tuesday, when the NHL also postponed four of Buffalo’s games through Monday. Since then, Friday was the only day a new Sabres player wasn’t added to the list.

The Sabres also announced on Thursday that their coach, Ralph Krueger, had tested positive for COVID-19 and entered protocol.

The Sabres, believe it or not, plan to practice this afternoon. Their training facilities have been closed for a week. If they can finally skate, it’s unclear what type of crew could be on the ice or who would be leading it.

When the NHL announced 12 changes to the Sabres’ schedule on Saturday, including new dates for the first postponements, it ignited some optimism they could play this week. Their league hadn’t rescheduled their upcoming games against the Washington Capitals.

The next game on the Sabres’ schedule is Monday at home against the New York Islanders.

At this point, it’s fair to wonder if the Sabres will be able to complete their 56-game schedule. They played 10 straight contests to start the season before the chaos erupted.

The Sabres haven’t played since losing to the New Jersey Devils 5-3 on Jan. 31 in Buffalo. That game was also the Devils’ last outing.

The Devils played that afternoon with six players on the COVID-19 list and had four more added the next day. Right now, they have a stunning 19 players on the list.

The linesmen who worked the Sabres’ two-game series against the Devils, Kory Nagy and James Tobias, have entered the league’s protocol, according to The Athletic.

The NHL doesn’t reveal if the players on the list have tested positive.

Forty-nine players across nine teams are on the list. Thirty-three games have been postponed this season.