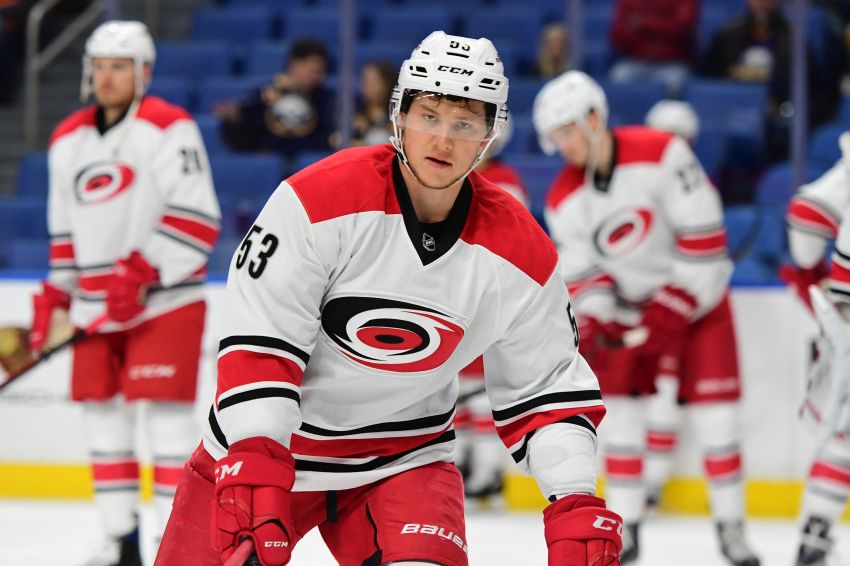 The Buffalo Sabres pulled off a rare August trade early tonight, acquiring three-time 30-goal scorer Jeff Skinner from the Carolina Hurricanes in exchange for forward prospect Cliff Pu, a second-round pick in 2019 and third- and sixth-round selections in 2020.

The trade for Skinner, who’s entering the final season of his contract, gives the Sabres another proven scorer at wing. The Sabres, the NHL’s lowest-scoring team last season, needed to replace the offense they lost when they traded center Ryan O’Reilly to the St. Louis Blues on July 1.

General manager Don Waddell said on a conference call Skinner and the Hurricanes agreed a trade would be best for the 2010-11 Calder Trophy winner following last season.

When the Sabres acquired Conor Sheary on June 26, it was assumed the youngster would be center Jack Eichel’s left wing next season. But that coveted spot might belong to Skinner now.

His production has dipped and swelled throughout his career. He scored a full-season low 18 times in 2014-15. He rebounded with a 28-goal campaign, then enjoyed a career-best season in 2016-17, scoring 37 goals.

But considering Skinner’s scoring prowess and age, they gave up very little for him.

Pu, a third-round pick in 2016, morphed into a strong prospect and could have a future in the NHL. Yes, the Sabres traded a second-rounder, but they could have three first-rounders in 2019 if conditions are met.