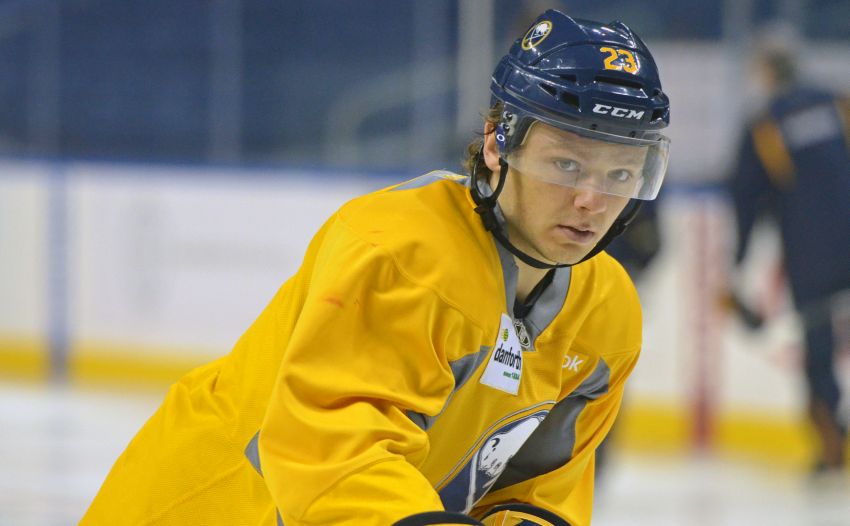 BUFFALO – On the outside, top Sabres prospect Sam Reinhart was a cool customer this morning. The 18-year-old calmly answered questions about his NHL debut in tonight’s season opener against the Columbus Blue Jackets.

“I’m pretty relaxed now,” Reinhart said inside the First Niagara Center. “It seems like a usual morning. But there’s no question it’s the biggest so far of my life, so I’m pretty excited.”

Sabres coach Ted Nolan knows Reinhart, the No. 2 pick in June, will be nervous later today.

“Inside he’ll be jumping around like a jackrabbit,” he said.

Incredibly, Reinhart’s brother, Griffin, the No. 4 pick in 2012, will make his NHL debut Friday with the New York Islanders.

“It means my parents are busy,” Sam Reinhart said.

His parents, Paul, an NHL veteran, and Theresa, will be in Buffalo tonight.

Reinhart centered Cody Hodgson and Brian Gionta this morning, his linemates all week.

Before the Sabres began their skate this morning, Nolan gathered his players in a circle to start the season. 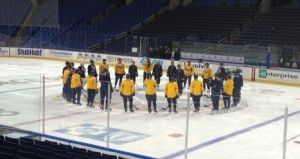 “That’s shift to shift in watching him and seeing how he’s reacting when he gets back to the bench too,” Columbus coach Todd Richards said. “You can tell a lot about guys when they get back and they’re huffing and puffing and you can see where they’re at. We’ll be monitoring it and talking as coaches and watching.”