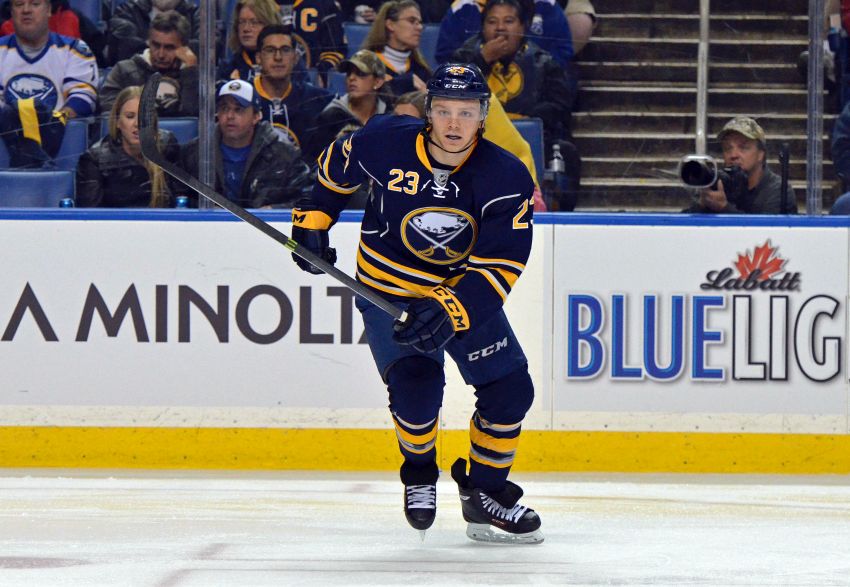 BUFFALO – When general manager Tim Murray told Sam Reinhart, his top prospect, the Sabres would be sending him back to junior, the 18-year-old handled the difficult news well.

“I told him, ‘You’re my first first-round draft pick as a GM,’” he said. “Obviously, I was cheering for him. But I can’t let emotion come into play on the decision.”

“I told him he’s just not heavy enough,” Murray said. “He’s not strong enough yet.

Sabres coach Ted Nolan believes Reinhart possesses the intelligence and skill to play in the NHL.

“Banging off the puck, I don’t think in the long run it’ll be good for your confidence,” he said. “So I think this will be good.”

Reinhart had one assist. A 10th appearance would have activated the center’s contract. He had been skating limited minutes on the fourth line. The Sabres never thought about letting him learn in the NHL.

Of course, having dominated the Western Hockey League for two seasons, Reinhart has also outgrown junior.

“He’s going to have to find a way two or three times a week to slip out on his own and get to the gym and get stronger.”