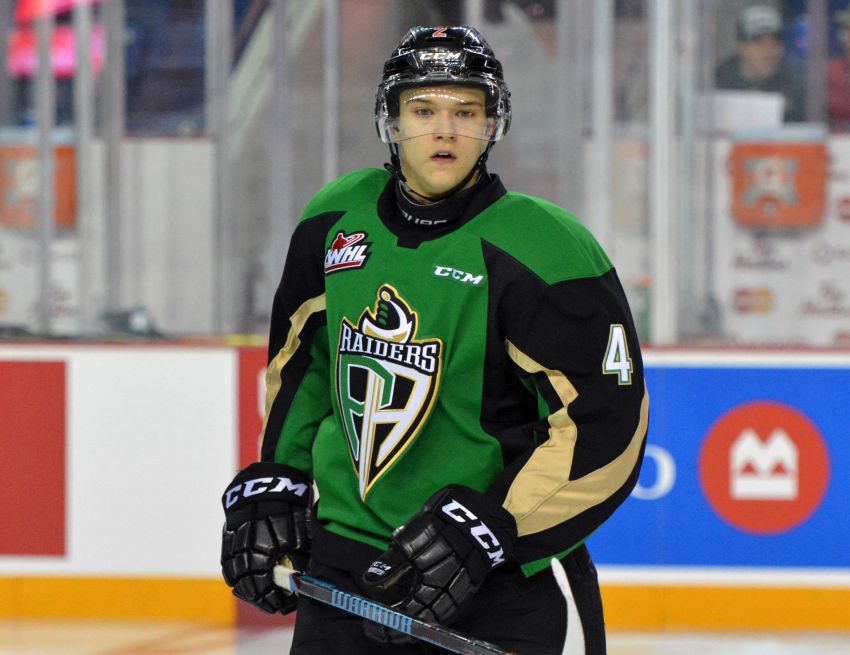 “I remember I had a hockey card of Yann Danis when I was a kid,” Guhle said Friday inside the Blue Cross War Memorial following his fourth pro appearance. “It’s crazy. I think it’s really cool.”

Guhle, 18, joined the Amerks on April 4 after his junior Western Hockey League season ended. If his new surroundings awed him, the 2015 second-round pick certainly didn’t show it.

Like Guhle did throughout NHL training camp seven months ago, when he became Buffalo’s biggest surprise, the youngster impressed during his six-game AHL stint, showcasing strong poise and skating aggressively.

“I like the pace and the style of the game,” said Guhle, who regularly joined the rush. “It’s a lot more controlled and structured. You can trust that there’s going to be options all the time. I feel it’s a simple game to play out there.”

Guhle doesn’t turn 19 years old until July 29, meaning he was one of the AHL’s youngest players.

“I can play in this league … and feel comfortable,” said Guhle, who had one goal and four points. “I made mistakes and I patched those up. I think overall I can play AHL hockey.”

But Guhle might have played his last game with Rochester. Canadian Hockey League rules force teenagers to stay in junior if they’re not in the NHL. The Amerks were allowed to add Guhle when his season with the Prince Albert Raiders ended.

Guhle will either play with the Sabres or go back for a fourth junior campaign in 2016-17.

He earned a long look from the Sabres in his first camp, turning heads and nearly forcing the club to keep him. After suffering a concussion late in the preseason, he was still with the big club when the regular season began. He never played any games, however.

Naturally, Guhle returned to Prince Albert brimming with confidence. The taste of NHL taught him to have “a pro mentality.” To Guhle, among other things, that means being on time, acting respectfully and “always looking sharp and not looking like a slob.”

“I want to bring that back to my teammates in junior as well,” he said. “Maybe that can rub off on some of them.”

While camp is still five months away, Guhle will likely be one of the Sabres’ most intriguing storylines. Fair or not, his impressive showing last year heaped a load of expectations on the 51st overall pick.

At the very least, he might be expected to earn a nine-game trial the Sabres can use before his contract kicks in.

“It’s a long summer, see what happens,” Guhle said. “I’m not sure what their plans are for me. Whatever they are, they know what’s best for me. I’m just going to come in with the same mentality as last year.”

Sabres winger Hudson Fasching has been added to Team USA’s roster for the world championship next month in Russia.

Fasching, 20, played seven NHL games after leaving the University of Minnesota in March.