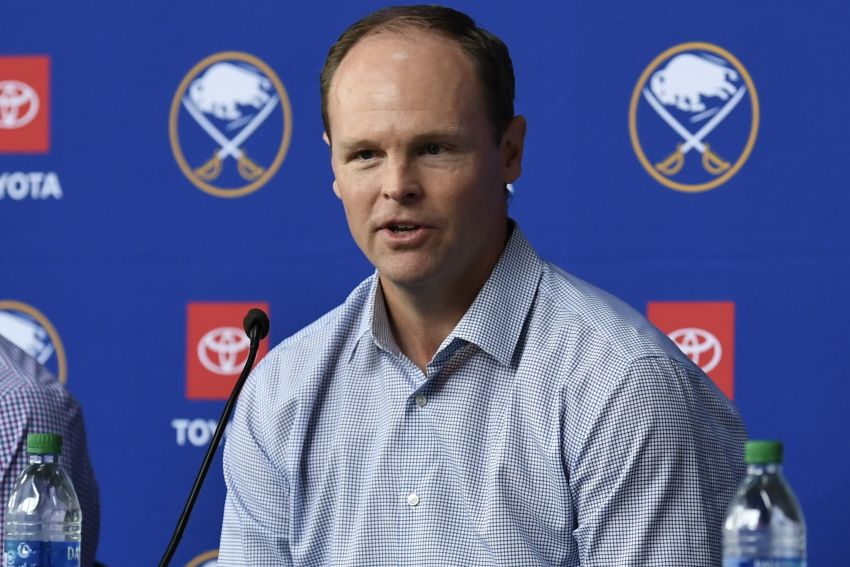 BUFFALO – Some quick updates from KeyBank Center, where the Sabres practiced this morning for the first time in eight days following a Christmas/COVID-19 break:

– The Sabres today had zero players added to the NHL’s COVID-19 protocol. With coach Don Granato and five players having tested positive for the virus, assistant coach Matt Ellis led a session with 16 skaters and three goalie.

Adams said the Sabres want to see if some players can test out of protocol. They also, however, plan to make some recalls.

Adams said everyone is asymptomatic and Granato potential could coach Wednesday.

“Since Donny’s asymptomatic, there is still potential to test back in by Wednesday,” Adams said this morning. The way the protocols work, if you have two negative PCR lab-based tests and you’re asymptomatic, the doctor can bring you back in. So that’s still on the table. So we’ll see.

“And if not, then we’ll divvy up the responsibilities among the coaching staff and Matt would kind of assume Donny’s spot and we’ll go from there.”

Following a long break, Adams said today’s practice was more about sweating and feeling the ice and puck than Xs and Os. Tuesday’s practice will be about preparing for New Jersey.

“All indications on my end from league communications that we need to be ready to play Wednesday,” he said. “So that’s what I told the team.”

Sabres goalie Dustin Tokarski, who tested positive for COVID-19 earlier this month, practiced this morning for the first time since leaving protocol.

“I wish I felt perfect right away but working through a few things from the symptoms,” Tokarski said. “Unfortunately, (I) got a few instead of being asymptomatic. Working hard, going through off-ice stuff to get back and, obviously, today out there, having fun with the guys is a fun start to get back to being healthy and ready to play.”