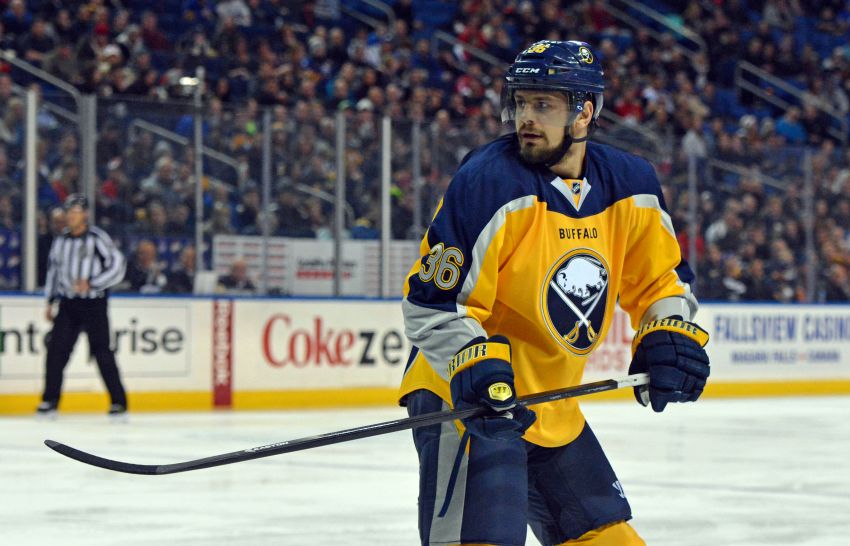 BUFFALO – Finally, 33 games into his season, Patrick Kaleta is buzzing around the ice regularly looking to thump opponents, a sign the aggressive Sabres winger has recovered from a torn ACL.

“It looks like he got his legs underneath him,” coach Ted Nolan said Tuesday prior to the Sabres’ 2-1 loss to the Ottawa Senators inside the First Niagara Center. “He’s searching for those big hits. You can just tell … his timing’s getting a lot better.”

Hits can be a questionable stat, but Kaleta had 13 total in his last three outings entering Tuesday, his highest output over a three-game stretch since his Nov. 13 season debut.

“I’m starting to feel like my old self again,” said Kaleta, who has zero goals and three assists.

The 28-year-old leveled Mark Borowiecki along the boards during the second period Tuesday, losing his stick. After the two fought minutes later, Kaleta spiked his helmet and yelled as he raised his arms.

Kaleta endured a long road back to NHL action after hurting his right knee during a demotion to Rochester on Nov. 29, 2013. Shortly before his scheduled return, he essentially broke his face in a Sept. 28 preseason game.

Adrenaline helped get Kaleta through the games earlier this season.

“You practice, practice, practice all you want,” he said. “I practiced throughout the whole summer, pretty much every day on the ice. It’s nothing like the game speed. And as the season rolls on and people are battling for playoff spots, the speed gets faster and faster. It’s just thinking fast, playing fast and getting your routes and everything down to a T.”

Right now, Kaleta has a fourth-line role skating about six or seven minutes a night on the right wing beside center Matt Ellis and Nick Deslauriers. The Angola native knows he must “earn that trust” from Nolan.

Cody Hodgson’s benching could last for a bit.

The struggling Sabres winger, who has two goals and eight points in 51 games, sat out Tuesday’s contest, the second straight game he has been scratched.

Tuesday was Hodgson’s fourth scratch this season. Not even benching him Jan. 30 in Vancouver, where he started his career, could ignite him.

The Sabres made one change on defense, inserting Andrej Meszaros, a healthy scratch four straight games, for Tyson Strachan.