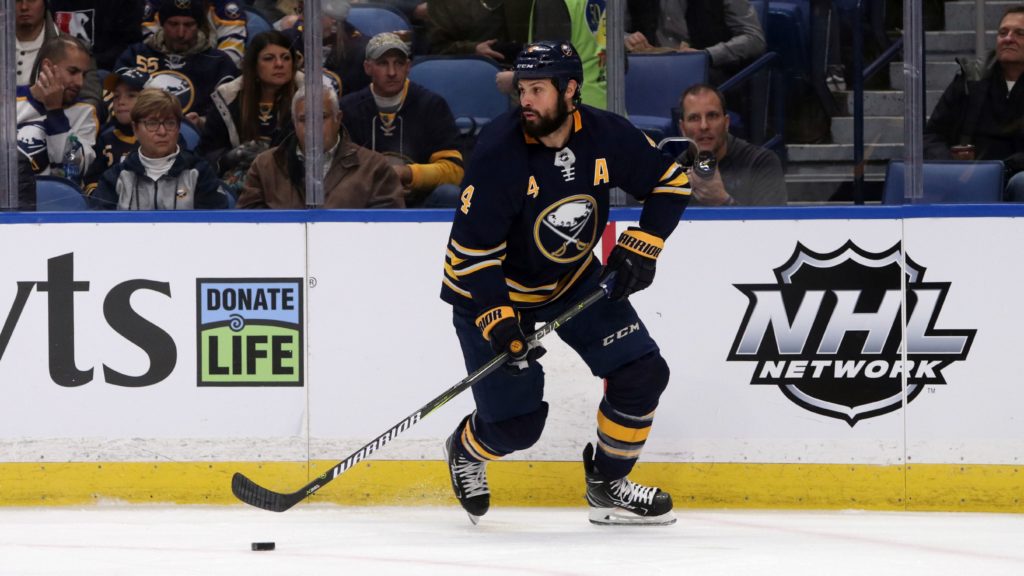 BUFFALO – When the Sabres announced defenseman Zach Bogosian had undergone successful hip surgery, they said he would need five to six months to recover.

That was six months ago today.

Bogosian, who has battled injuries for years, suffered setbacks during the summer and hasn’t even started practicing yet.

But Sabres general manager Jason Botterill said prior to Tuesday’s 4-3 overtime win against the San Jose Sharks he believes Bogosian, 29, will play this season.

“In my mind, there’s zero fear from that standpoint,” Botterill said inside KeyBank Center. “He’s back skating here right now. Very excited for where Zach is. Going over the type of procedure he had, it was a serious procedure, and Zach is a powerful individual, so you want him to come back (at full strength).”

The Sabres’ defense corps has been a major strength for three weeks, buoying their 7-1-1 start entering Tuesday.

Entering Tuesday’s game, every defenseman had compiled at least one point and an even rating.

Health has also contributed to the group’s effectiveness.

After losing defenseman Brandon Montour to a hand injury early in training camp, the blue line has remained healthy. The Sabres have dressed only six defensemen, meaning John Gilmour has been a healthy scratch every game.

If Montour, who’s week-to-week, returns to a healthy group, it would create “a great problem,” according to Botterill.

Defensemen are usually at a premium, especially as the season progresses. Thanks to their two-game trip to Sweden early next month, the Sabres’ scheduled is condensed.

Botterill knows the defense depth will likely be tested.

“There was talk a lot during the summer that we have too many defensemen,” he said. “You saw before games even started we ran into injury issues. I think as an organization we’re ecstatic about going over to Sweden. …

“But it really condenses our schedule when we come back. That’s where we’re going to need all these defensemen.”

So Bogosian, an unrestricted free agent following the season, could end up playing a significant role. The Sabres, however, haven’t revealed a time frame for his possible return.

The Massena native also underwent hip surgery in 2017-18, ending his year after only 18 appearances. Still, he rebounded to play 65 games last season, his highest total since 2010-11.

During Monday’s practice, Bogosian, a popular teammate, walked out to the bench and watched some of the session.

“It’s difficult for him right now because he wants to be back, especially once you get into games as a player, the energy, you want to get back out there,” Botterill said. “You want to be part of the group, but it’s also imperative for him, for not only us this year, but his career long-term that we get this right.

“From our standpoint, the fact he’s back skating here right now is a good sign.”

Tuesday’s game completed the Sabres’ first home-and-home series against a Western Conference opponent since they played the Toronto Maple Leafs in November 1996.

The Sabres beat the Sharks 4-3 on Saturday in San Jose.

Remember, Toronto switched to the Eastern Conference in 1998.