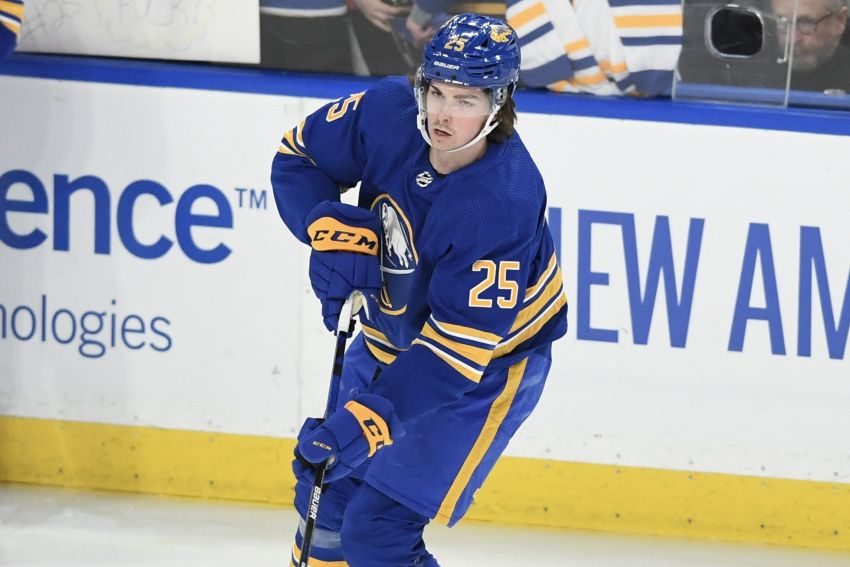 Sure, the defenseman left college earlier this month and has played just four NHL games. And, yes, he doesn’t turn 20 for another seven months.

“This is a guy that’s studied the game of hockey at an extremely young age and developed himself like most elite NHL players that can come in this league at 18, 19, 20 years old,” Granato told reporters prior to Sunday afternoon’s 5-3 road win over the Philadelphia Flyers. “They’ve gained immense experience studying the game since they were 13, 14, 15. They know how to coach themselves, they know how to evaluate themselves.

“The best in the league have done that, and they do not, in my opinion, deserve to go in the young guy category because they’ve put so many hours of visualization and intense training, and I think Owen slides more toward that category. He comes in with a lot of experience having a very, very high game knowledge and hockey IQ.”

Granato has essentially treated Power, 19, like a seasoned veteran, throwing him headfirst into the fray. Power, the first overall pick in 2021, has rewarded Granato’s faith, playing a mature game that belies his lack of big league experience.

Through his first four outings, the 6-foot-6, 213-pound Power has compiled one assist and a minus-2 rating while averaging 22 minutes, 2 seconds of ice time.

Of course, Power will make mistakes. Barely a minute into Sunday’s game, he lost the puck in his skates, and Kevin Hayes exploited the rare miscue to open the scoring. Power compiled a minus-3 rating Sunday.

“He’s acclimating from the skill standpoint with size, speed and strength, intelligence of other players,” Granato said following the game. “So you’ll see some hiccups out there, but you’ll see with … the foundation of his intelligence and athleticism, (he’s) able to just recalibrate, readjust right away, so he’s progressed in four games. Anything that happened tonight that was a little bit of a hiccup. I actually don’t mind it because I know he’s going fix it because of his base.”

So far, Power has played in every situation except the power play. Granato said at some point, he will earn a look on the man advantage.

But right now, the power play is clicking, having converted 41.2 percent of its opportunities since March 27, the NHL’s highest total.

Granato doesn’t feel comfortable taking another defenseman off one of the units.

“The biggest thing you weigh is the other guys that are on it have deserved it, earned it,” Granato said. “There’s plenty of five-on-five ice time, even plenty of penalty-kill ice time. But you’re taking power-play time away from somebody that’s done a nice job.”

Rasmus Dahlin hit the 50-point mark Sunday, becoming the Sabres’ first defenseman to reach the total since Garry Galley had 54 in 1995-96, the last season the team played at Memorial Auditorium.

Center Tage Thompson (36) and wingers Jeff Skinner (31) and Kyle Okposo (20) have all scored at least 20 times this season.

If Thompson can score four times over the final four games, he would become the Sabres’ first 40-goal scorer since Skinner in 2018-19.