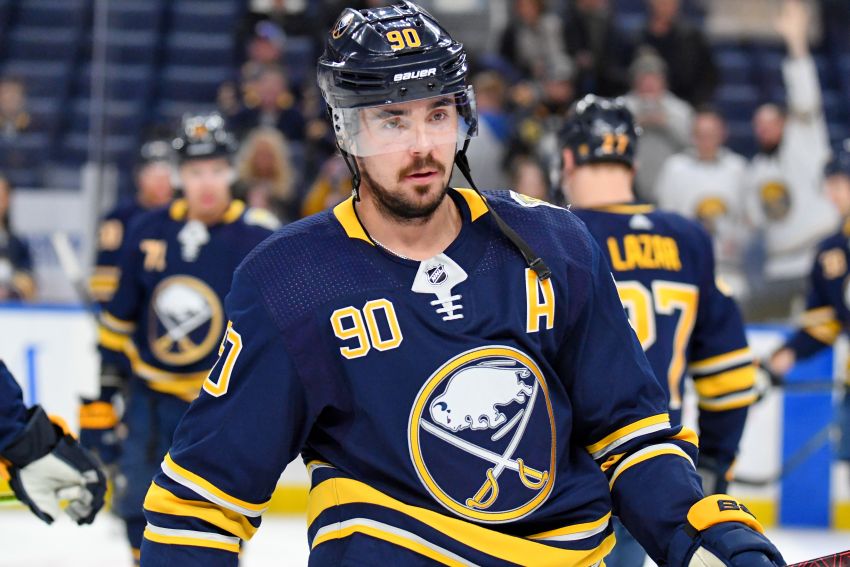 Marcus Johansson has played wing most of his career. ©2020, Micheline Veluvolu

Sure, Johansson briefly moved back to the middle a few years ago when the Washington Capitals needed help. But the Swede has spent the majority of his 637-game NHL career playing wing.

“I’m used to (wing), I think,” said Johansson, who returned for Sunday’s 5-2 win against the Toronto Maple Leafs at KeyBank Center following a one-game absence. “But, I mean, I like both (positions), it doesn’t really matter. But I think I’ve just played it a lot more over the last few years.”

“I felt a little more comfortable the other game, but that might not be just that,” he said. “It was fun. I think (Lazar) has been playing really well. (Lazar) did a great job. He’s so strong with the puck and he wins a lot of pucks for us so I felt like we had the puck a little bit more than we’ve had it lately.”

A dearth of center talent forced Sabres coach Ralph Krueger to move Johansson, 29, before the season. But these days, Krueger has more options to utilize.

Lazar, who began the season playing wing in the minors, has earned regular duty as a center, his natural position, over the past two months.

Meanwhile, Evan Rodrigues, who often switches between the two forward spots, has shaken off a brutal start and stayed in the lineup.

So Krueger felt comfortable moving Johansson, who has struggled in the faceoff dot, winning only 39.9% of his draws entering Sunday. Lazar and Rodrigues also offer Krueger better faceoff options. Lazar had won 50.9% and Rodrigues 45.2%.

“It definitely frees him from the defensive responsibility of a centerman in the National Hockey League today with the speed of transition and the way teams use the expanded O-zone,” Krueger said of Johansson’s responsibilities. “It’s grown so much in the last decade with the blue line out that teams are getting better and better using it. …

“In our system anybody can end up there (at center). I think he had a good feeling going on here the last few days. It looked like with Lazar there was some good synergy there, so we’re excited to look at that again.

“But he seems to be in a really good place right now.”

That hasn’t been the case all season. In December, Johansson said he hadn’t felt like himself throughout the entire campaign.

In recent weeks, Johansson said he has felt more involved in the action and “a little bit better mostly.”

“But it comes and goes,” he said. “There’s so many games. You have your ups and downs. Unfortunately, I’ve wanted to have a few more ups than I had, but this would be a good time to get to that.”

Sunday concludes a stretch in which the Sabres played nine of 10 games at home. They play six of their next seven contests on the road.