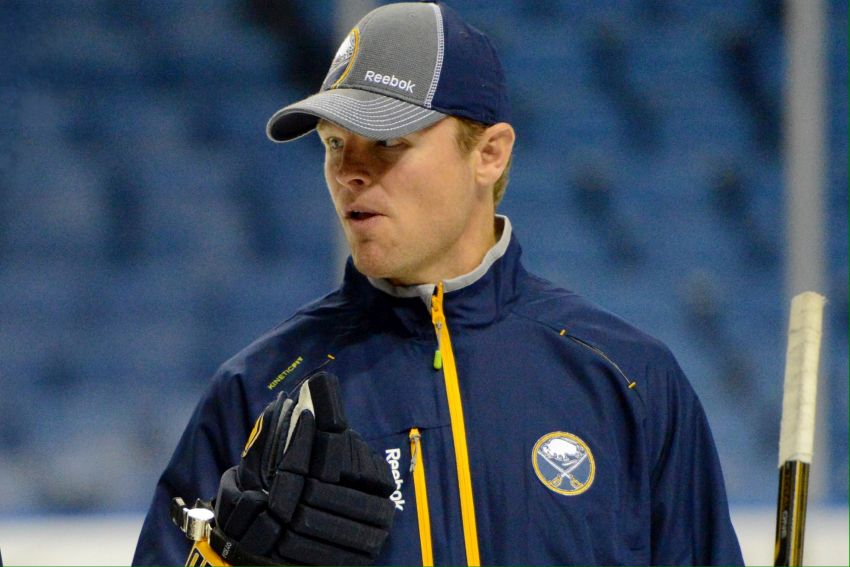 Barely an hour after Kevyn Adams acquired center Eric Staal last week, he hadn’t given much thought to having completed his first trade as Buffalo Sabres general manager.

“I’ve been so focused on this process and the work that goes into it,” Adams said Sept. 16 after dishing forward Marcus Johansson to the Minnesota Wild in exchange for Staal.

Adams, 45, experienced a whirlwind summer as he began tackling the daunting task of trying to transform the Sabres into a playoff team. He had never worked in an NHL hockey department before the Sabres hired him to replace Jason Botterill on June 16.

The demands of the GM job can be difficult for front office veterans who have a regular-sized staff at their disposal. The Sabres fired 22 members of the hockey department the day they tabbed Adams. Most of those jobs, including those of former assistant GMs Steve Greeley and Randy Sexton, haven’t been filled.

Adams, who played 10 seasons in the NHL, said the legwork he did before the Staal deal taught him the process of making a trade.

“These decisions don’t get made in a vacuum, I would say that as well,” he said. “There’s a lot of work in terms of the player, watching and making sure you know exactly where their game is at.”

“I feel like I’m learning a lot every day; I learned a lot today and I’ll learn a lot tomorrow. It’s all part of the experience for me.”

Bringing in Staal, 35, also won over some of Adams’ critics. The Sabres addressed their biggest need, a second-line center, by adding one of the NHL’s most decorated players.

Staal has remained remarkably productive into his 30s, averaging 28 goals over the last four seasons. Adams and Staal know each other well, having won the Stanley Cup together with the Carolina Hurricanes in 2006.

“The fact that I was fortunate enough to sit next to Eric in the locker room and we won a Stanley Cup together, and I know what he’s all about, definitely gives me comfort knowing the person he is, the family man he is,” Adams said. “I know his wife very well. So certainly having that knowledge and background on Eric is helpful when you make a big decision like this.

“But, yeah, I guess I didn’t think about it being my first trade. … It’s special.”

Staal, who played with Sabres winger Jeff Skinner in Carolina, called his friend “an elite talent.”

Perhaps playing beside Staal can help ignite Skinner, who often struggled with Johansson pivoting him.

“His skill set is unique,” Staal said of Skinner. “I think his ability to find pucks in tight areas around the net is very strong. He’s committed to his craft, he’s a fun guy to watch, he’s entertaining. I hope I can help. I’ve gotten to know him very well obviously with our time in Carolina. I hope last year was a little bit of an anomaly for him.”

Earlier this week, the Sabres loaned defense prospect Oskari Laaksonen to the Lahden Pelicans, a Finnish team in Liiga.

Laaksonen, 21, has spent the last three seasons in that league. The former third-round pick can leave the Pelicans when the North American season begins. He’s expected to start the year with the Rochester Americans.

The Finn signed his entry-level contract in June.