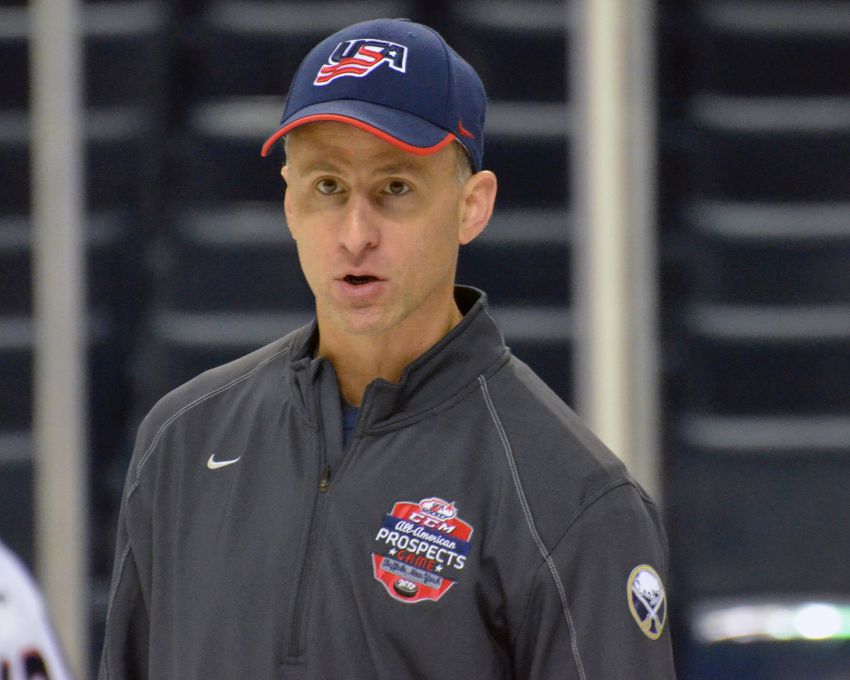 BUFFALO – When the Sabres play a game again, the chances of assistant coach Don Granato being behind the bench appear to be slim.

Granato, 53, missed nearly two months at the beginning of last season after he was hospitalized with severe pneumonia. He needed a ventilator and had a blood infection, according to The Buffalo News.

Granato could move to a different role to limit his exposure.

Adams said he has had some “real honest conversations with Donnie.”

“I know that Ralph has as well, and we’re going to kind of see how this plays out over the next few days,” he said. “But he’s an incredibly important part of our staff. But he also can do a lot of his job in other ways, so do we see if he goes upstairs and not behind the bench?

“We’ll make those calls as we get closer, but ultimately it’ll be us supporting Donnie to what he feels the most comfortable with based on what he’s been through in the past.”

The Sabres practiced Tuesday for the first time in eight days. The NHL paused their season Feb. 2 after two players entered protocol.

So far, the Sabres have played 10 games this season and had six postponed. On Saturday, they had 12 games rescheduled.

They have 46 games scheduled for an 82-day stretch, starting with Monday’s game against the New York Islanders. That doesn’t include two postponed games against the Washington Capitals that must be rescheduled.

The odds of them completing their 56-game slate seem low.

“The goal of the National Hockey League is to play the entire season out, our schedule out, every game out, and we are preparing for that,” Adams said. “We’re also preparing our players mentally that just because now we’ve been off for a little while, doesn’t mean the season goes longer, it means the grind actually picks up, and how do we do that and how do we work through that together?

“We’ll certainly adjust if we’re told but right now, it’s never been mentioned to me or anyone in the organization about anything other than a 56-game schedule and we’re going from there.”

The Sabres sent forward Jean-Sebastien Dea from the taxi squad back to the Rochester Americans before the session.