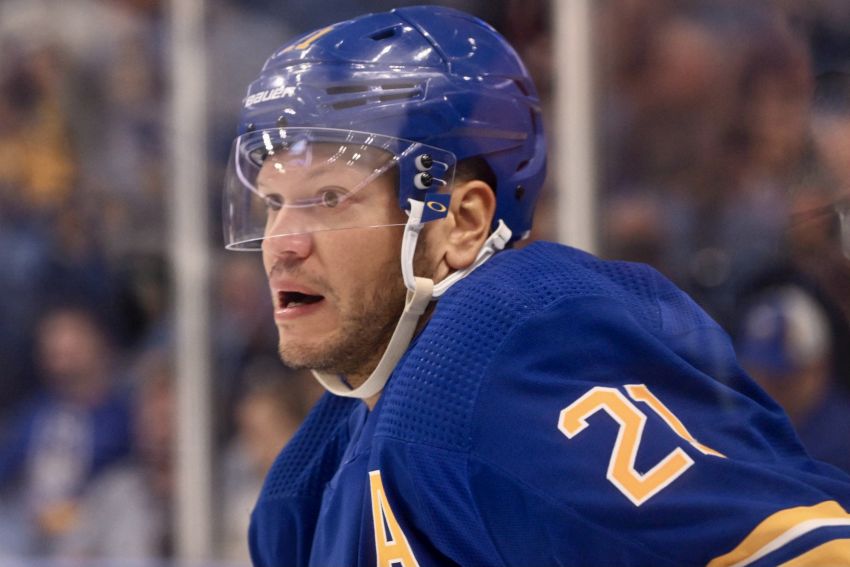 Kyle Okposo has one season remaining on his seven-year contract. ©2022, Micheline Veluvolu

After stripping Jack Eichel of the captaincy a year ago, the Sabres did not have a full-time captain last season for just the second in franchise history. Instead, Okposo, 34, and Girgensons, 28, each wore an ‘A’ as alternate captains, helping the Sabres establish a fresh culture as they began another rebuild.

“It’s impossible to overstate what Kyle has meant to this group – he is patient, he is a lifelong learner, he is levelheaded, and most of all, he is proud to be a Buffalo Sabre,” Adams told the team’s website.

For years, the affable Okposo, who’s beginning the final season of a seven-year, $42 million contract, has been the Sabres’ strongest voice.

Last season, with Eichel gone, his influence became evident, as the Sabres quickly grew into a tight-knit group that takes pride in letting everyone be themselves.

“Every day you come to the rink you have a new guy you mesh with that day more,” Sabres winger Vinnie Hinostroza said. “You don’t see that on many teams. A lot of teams are a little bit more cliquey, the Swedish guys hang with Swedish guys, so on and so on.

“I think our team, it’s just a mix. Any day you can see two different players hanging out you didn’t see the day before.”

Stay tuned for more updates. The Sabres open the season Thursday against the Ottawa Senators at KeyBank Center.