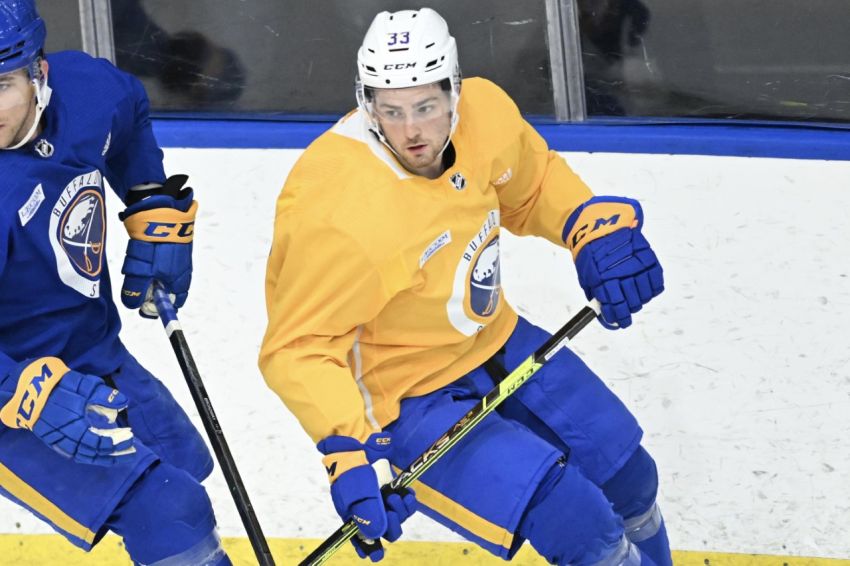 Chase Priskie is one of three defensemen Buffalo would like to send to the minors. ©2022, Micheline Veluvolu

If they clear, coach Don Granato said they will be assigned to the Rochester Americans.

The Sabres have 26 players – 15 forwards, eight defensemen and three goalies – left in training camp. They must finalize their 23-man regular-season roster by 5 p.m. Monday.

Update: Clague, Davies and Priskie have cleared and been assigned to the Amerks.

They closed their six-game preseason schedule Friday in Pittsburgh, losing 7-1 to the Penguins.

The Sabres open the season Thursday against the Ottawa Senators at KeyBank Center.