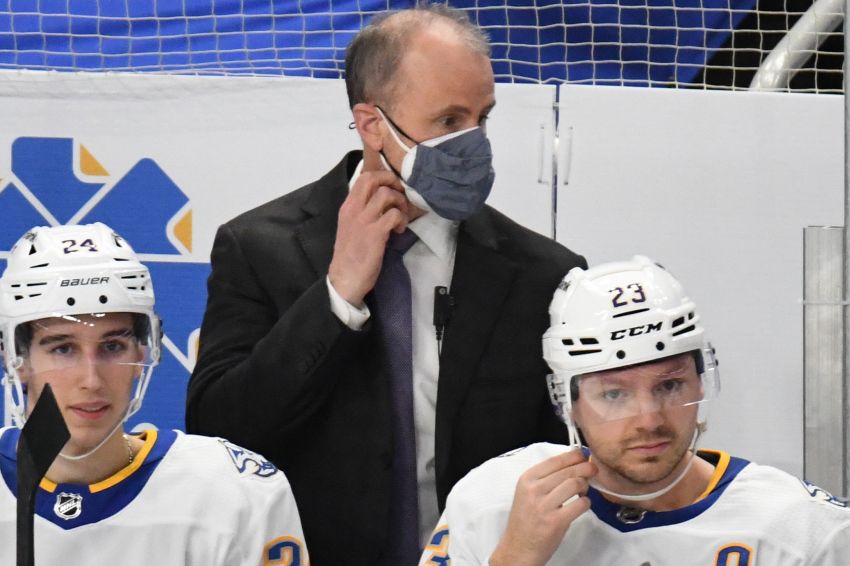 Don Granato took over the Sabres on an interim basis March 17. ©2021, Micheline Veluvolu

When the Buffalo Sabres named Don Granato their interim coach, he was expected to simply be a fill-in. After their disastrous season ended, general manager Kevyn Adams could start searching for Ralph Krueger’s permanent replacement.

But a funny thing happened. Granato, who was named the 20th head coach in franchise history Tuesday, quickly emerged as the Sabres’ best long-term option.

After losing their first six games under Granato, 53, the Sabres looked like a radically different team, showcasing a tighter, more aggressive and exciting brand of hockey.

The same team that endured an embarrassing 18-game winless skid finished the 2020-21 season on a 9-11-2 run, beating every East Division heavyweight down the stretch.

Young players thrust into significant roles because of injuries and trades seized their opportunities.

While Adams interviewed other candidates, it was believed Granato, who signed a three-year contract, according to reports, would eventually be named coach.

Granato, an assistant coach under Krueger before replacing him March 17, will address the media on a Zoom call Thursday. He’s the Sabres’ seventh coach since 2013, a stunning number that illustrates their futility.