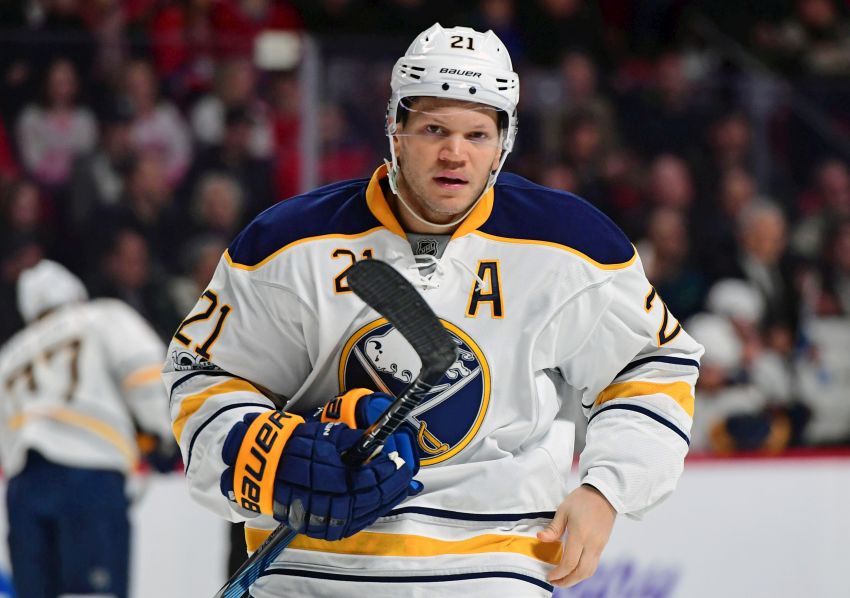 BUFFALO – How valuable is Kyle Okposo to the Sabres? They went 4-11-1 without the winger in his first season here. After a mysterious illness sidelined him late, they closed the disappointing campaign 1-5.

Okposo was discharged from the Neuro Surgical ICU at Buffalo General Hospital on Friday, according to WIVB.

Sabres coach Dan Bylsma had no update on Okposo, 28, on Monday.

On the ice, Okposo compiled 19 goals and 45 points in 65 games. Before he injured his ribs March 2, he was the Sabres’ leading scorer. Off the ice, Okposo, who signed a seven-year, $42 million contract July 1, quickly “developed into a big leader,” Bylsma said.

“There’s a big part missing when he’s not there with that leadership,” he said as the Sabres held end-of-season meetings inside KeyBank Center.

Bylsma said Okposo’s absence will “be a little bit of a storyline” on his team’s season.

“It’s a similar storyline to not having Jack for the first 21 games and having Kyle out for a time and Evander Kane being out for some time,” he said. “It affected our team not having the best players on the ice for a portion of the games.

“I think it probably affected us more at the end of the year with Kyle’s absence (because) of his illnesses. We were still well behind in the chase at that point in time, but he’s become a big leader on our team and one we missed not only on the ice, but his presence in the room when he wasn’t with it.”

Sabres center Jack Eichel added: “You miss him in the locker room, you miss him every day as a leader. He comes to the rink, works hard, he’s a good voice, great player. Really good friend of mine, really close to him, so tough to see him go through what he went through.”