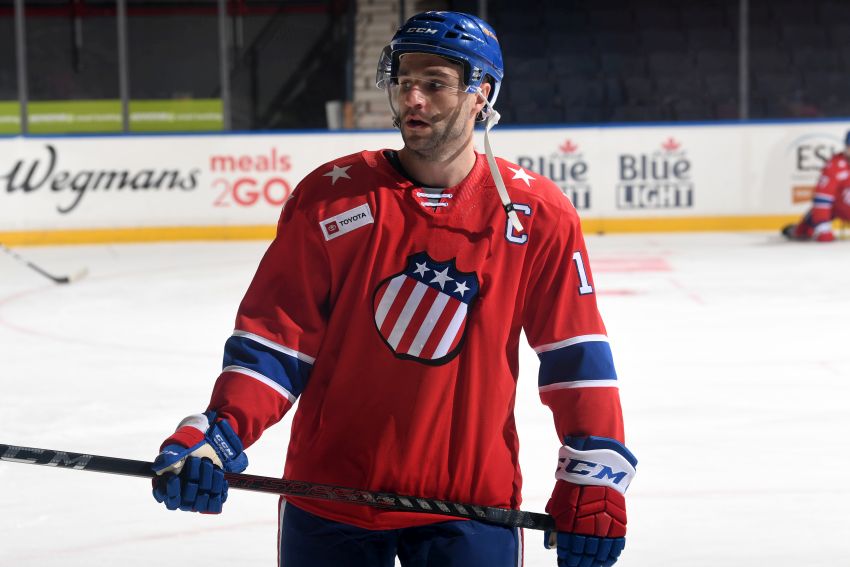 The Buffalo Sabres this morning recalled forward Jean-Sebastien Dea from the AHL to the taxi squad and sent winger Steven Fogarty from the taxi squad back to the Rochester Americans.

Dea, 27, went pointless in one game for the Sabres earlier this season. He has scored four goals and 13 points in 11 outings with the Amerks this year.

Meanwhile, Fogarty, 27, has played seven games for the Sabres this season, recording one goal and three points. Fogarty, the Amerks’ captain, has registered five goals and eight points in 10 AHL outings this year.