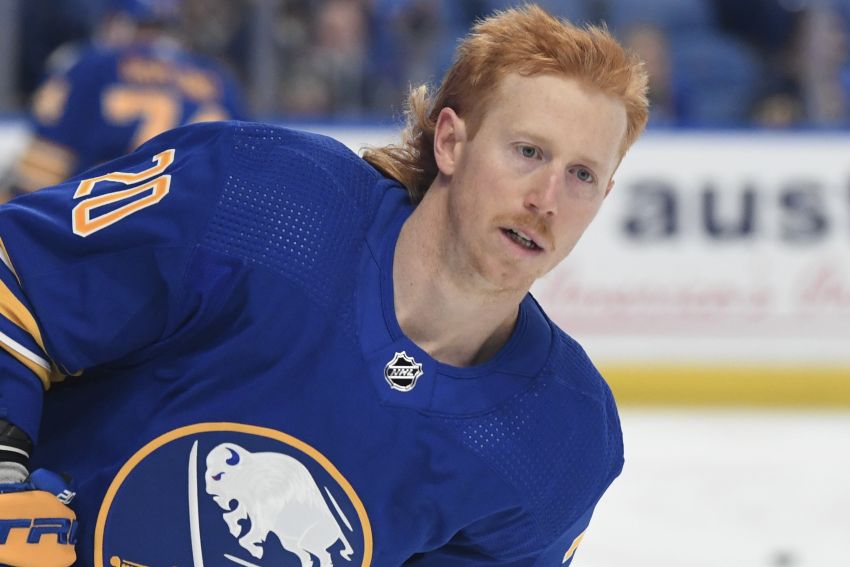 Following games tonight against the Boston Bruins and Saturday versus the New Jersey Devils, Granato said Eakin will be day-to-day. The Sabres also play Monday and next Thursday.

“What we’re gauging is probably the later game,” Granato said of Thursday’s road contest against the Anaheim Ducks.

Eakin, 30, enjoyed a strong opening week, recording one goal and two points during the Sabres’ first 3-0 start since 2008.

“Certainly disappointing from the coaching side to see guys get in a groove and then they have another hurdle later,” Granato said inside KeyBank Center.

Zemgus Girgensons, who has been playing left wing beside Eakin and Kyle Okposo, shifted to center during Thursday’s practice. Anders Bjork moved into Girgensons’ spot.

Girgensons spent much of the preseason playing center.

“So it’s definitely going to be easier to jump right back into it,” Girgensons said. “As I said before, I feel comfortable playing both positions. So I don’t think it’ll be that hard of a transition.”

In other injury news, Granato said defenseman Mattias Samuelsson, out since blocking a shot in a Prospect Challenge game Sept. 17, will start practicing with the Sabres in the next few days.

Samuelsson, 21, has been skating on his own.

Granato said the Sabres will likely split their goalies this weekend.

So far, Craig Anderson has started two of the three games, compiling a .954 save percentage.

Dustin Tokarski looked strong in his only outing, stopping 20 of 21 shots.

Sabres defenseman Rasmus Dahlin, who’s sporting a fat lip and stitches after getting hit with the puck Tuesday, has already ditched the full face shield he wore during Wednesday’s practice.

“I was excited to wear it but after probably two minutes, I wanted to take it off,” Dahlin said. “It was a pretty easy choice.”

Tonight’s game can only be viewed on ESPN+, a subscription streaming service. MSG won’t be televising it.