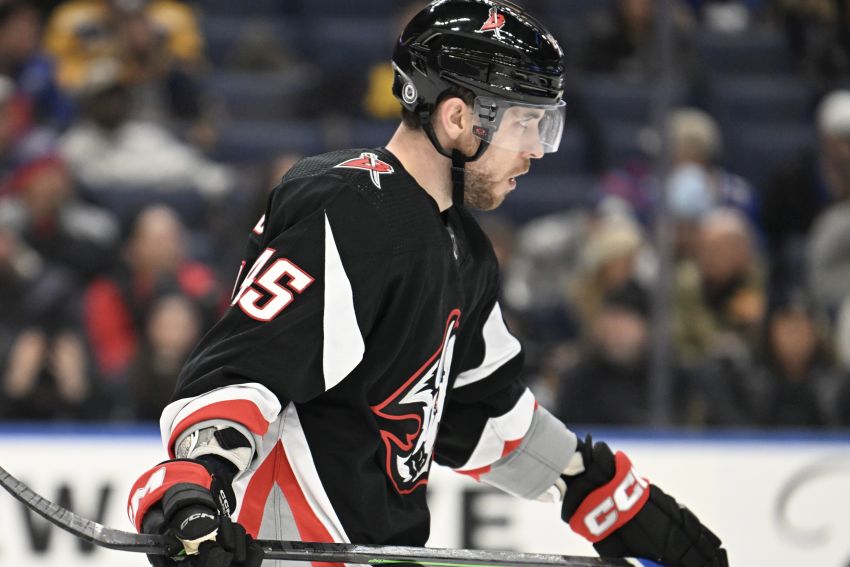 The Florida Panthers this afternoon claimed defenseman Casey Fitzgerald on waivers from the Buffalo Sabres.

The Sabres waived Fitzgerald, 25, on Tuesday to create a roster spot for defenseman Henri Jokiharju.

The 5-foot-11, 188-pound Fitzgerald compiled three assists, a minus-1 rating and four penalty minutes in 23 games with the Sabres this season.

Defenseman Kale Clague recently passed Fitzgerald on the depth chart, and he sat out seven straight games as a healthy scratch.

The Sabres drafted Fitzgerald, a right-handed shot, in the third round in 2016, 86th overall. He turned pro in 2019 following his senior season at Boston College and spent parts of four seasons with the Rochester Americans before making his NHL debut last season.

Fitzgerald compiled zero goals, nine points, a minus-20 rating and 40 penalty minutes in 59 career games with the Sabres.

The Sabres host the Panthers, their Atlantic Division rival, on Monday afternoon.

Fitzgerald’s father, Tom, was an original member of the 1993-94 expansion Panthers and played five seasons for them.