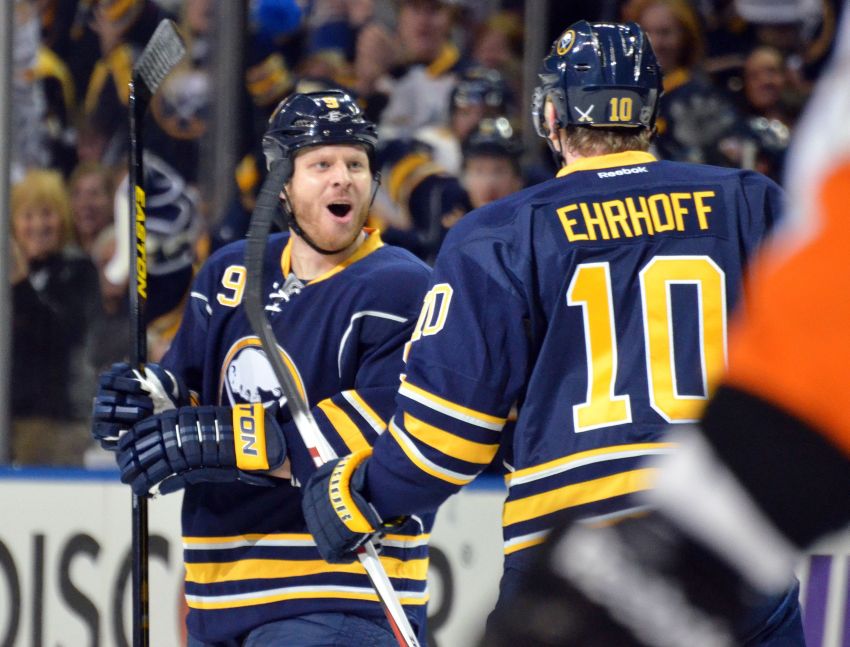 TORONTO – The Air Canada Centre, once the Buffalo Sabres’ favorite visiting rink, is now a house of horrors.

After winning eight in a row at the ACC, the Sabres have lost five straight games here dating back to March 12, 2011. They haven’t won here Nov. 6, 2010, a 3-2 shootout triumph in which backup goalie Jhonas Enroth earned his first NHL victory.

The Sabres’ 4-3 loss here in their last visit March 30 effectively eliminated them from the playoff race.

With the Leafs playing their home opener and fresh off a big 2-1 season-opening win Saturday in Montreal, coach Lindy Ruff knows the Sabres will have their hands full tonight. They could have to weather an early storm.

“We had some tough battles with them late in the year, (a) much improved team,” Ruff said this afternoon. “They played well against Montreal, didn’t give up on the defensive side of it. I know we’re going to have to play well defensively. We’re going to have to make sure our play away from the puck was as strong as it was (Sunday).”

The Sabres played a complete and sturdy home contest Sunday, downing Philadelphia 5-2 in their opener.

Hecht suffered his season-ending concussion (and his third in 10 months) one year ago today.

“On the penalty-killing front did a nice job,” Ruff said. “He was in on four scoring opportunities, made some nice plays. I thought he really skated well, which is important for his game.”

Sabres goalie Ryan Miller will start in goal tonight. He’s 27-14 with a 2.44 goals-against average, .922 save percentage and four shutouts in 41 career games against the Leafs.