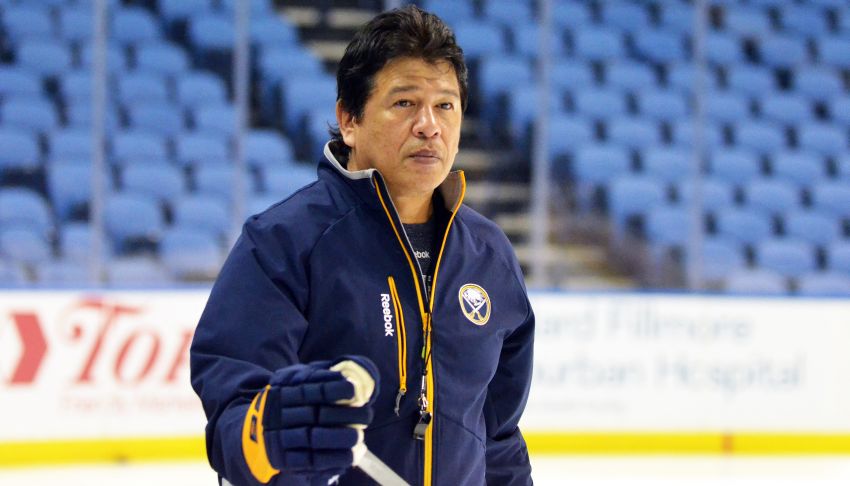 BUFFALO – Dominik Hasek and Ted Nolan hadn’t spoken in almost 17 years, since Nolan’s first run as coach ended amid speculation his star goalie had quit on the Sabres during the playoffs.

Hasek’s back in town to enter the team’s Hall of Fame Saturday. He said earlier today he wanted to see Nolan.

“I never really ran into him anywhere,” Nolan said this afternoon following practice inside the First Niagara Center. “He came down and said hello and we had a nice chat. It was nice.”

Time, of course, can heal old wounds. Nolan said he still doesn’t “know what really transpired back then.”

“But back then is back then,” he said. “He looks well and he’s all happy and excited about being back here. We had a nice talk. We had some good times. Everybody looks at one incident. One incident doesn’t form the relationship.

“If you look what Dominik did for this organization, even when my time was here, we had a lot of wins, but a lot of wins were based on his goaltending,” Nolan said. “He’s a world-class goaltender. To come back here to the city of Buffalo and get recognized the way he has or the way he’s going to be, it’s a good honor. It’s a good to see him back.”